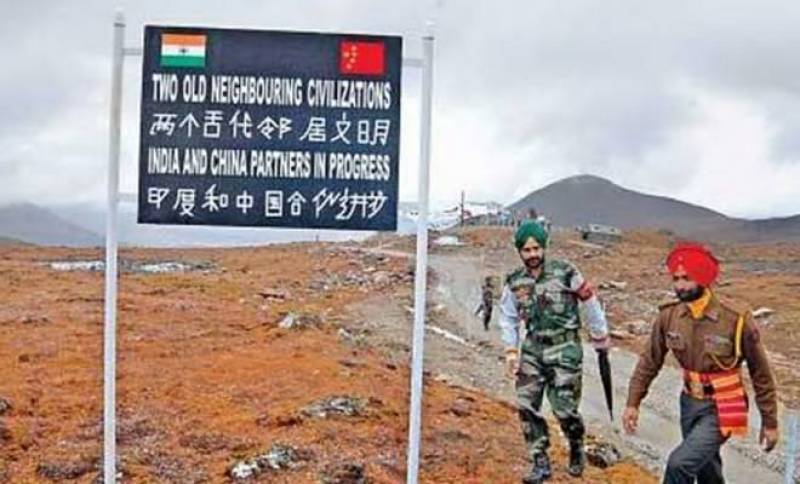 BEIJING: Playing the Dalai Lama card is never a wise choice for New Delhi. If India wants to continue this petty game, it will only end up in paying dearly for it.

China has been making efforts to solve the territorial disputes with India, but over the past decades, India has not only increased migration to the disputed area and boosted its military construction there, but it also named “Arunachal Pradesh,” China’s South Tibet, as a formal state of India in 1987, Global Times commented on Friday.

The controversy regarding South Tibet started from 1914, when British India and local Tibetan representatives unilaterally signed the illegal “Simla Accord” and created the “McMahon Line,” a line the Chinese government has never accepted.

The illegal deal ceded some 90,000 square kilometers of Chinese territory in South Tibet to British India.The prestigious Chinese newspaper said, putting the Dalai Lama into its toolbox against China is another trick played by New Delhi lately.

New Delhi would be too ingenuous to believe that the region belongs to India simply because the Dalai Lama says so.India seems to have become trapped in its stubbornness to measure its strength with China.

But territorial disputes cannot be settled by comparing which side is stronger or which country has more leverage. Otherwise, there is no need for Beijing to sit down with New Delhi at the negotiating table.

It said, China’s recent announcement of the newly standardized names of six places in South Tibet has unsurprisingly set the Indian media ablaze.

Over the past two days, quite a few Indian media outlets, such as the Hindustan Times, described Beijing’s latest move as “revenge” and “retaliation” against India for hosting the 14th Dalai Lama in the disputed border region earlier this month.

Brahma Chellaney, an Indian professor at the New Delhi-based Center for Policy Research, even twitted that “Silly: China claims India’s Arunachal state but didn’t have names for its various counties. Now it invents the names.” These comments are absurd.

South Tibet is historically part of China and the name of the places there is part of the local ethnic culture. It is legitimate for the Chinese government to standardize the names of the places.

It is time for India to do some serious thinking over why China announced the standardized names in South Tibet at this time.