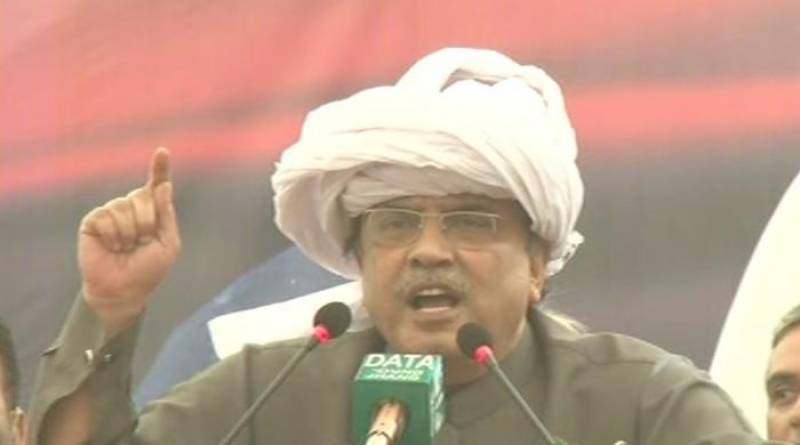 ISLAMABAD: Ex President Asif Zardari has lashed out at PM Nawaz Sharif over the issue of the Panama Leaks.

“Mian sahib, you won’t go to your home. You will go to another home. I am ready to send food to PM Nawaz in jail,” he said, further adding, “If this is all what had to be done in Panamagate, then why so much time was wasted.”

Zardari told his party workers that the time has come for the party to win Punjab. “We have to win the fort of Punjab,” he added. “This time we have to erase the Sharifs. This is my first rally against them – just see what I am going to do against them in coming times.”

The former president said that the party did not lose the last general election but it was defeated by the Returning Officers.

“What have the Sharifs given to the people of Pakistan? They didn’t give electricity nor water but in their time the country's debt doubled. All the four provinces want relief from you.”

Taking his criticism on the Sharifs further, he jibed: “You can’t do anything other than eating Paye.”

He said that even after raising the coffins of Benazir Bhutto, Murtaza Bhutto and Shahnawaz Bhutto; the party raised the slogan of ‘Pakistan Khappay’.