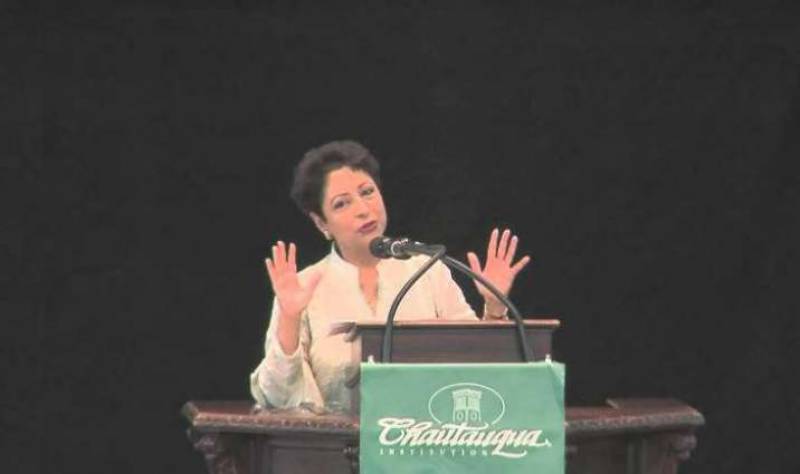 UNITED NATIONS: Pakistan has called for pursuing, on an urgent basis, diplomatic solutions to the violence-ravaged parts of the Middle East, saying, "It is time to bring an end to the tragedy of Palestine."

"As international efforts to bring an end to the suffering of the Palestinian people have faltered, the burning cauldron of anger and pervasive sense of injustice have inescapably sowed the seeds of animosity and violence in the entire region, fueling instability and intensifying insecurity across the Middle East," Ambassador Maleeha Lodhi told the UN Security Council.

Speaking in a debate on the situation in the Middle East, the Pakistani envoy said the fundamental tenets of the two-state solution are being systematically dismantled in plain sight of the international community. Long-Standing Security Council resolutions on the status of Jerusalem and Israel's illegal settlement expansion into occupied territories continued to be flouted.

She also said that the Israeli decision to dismantle the Bedouin community of Khan al-Ahmar revealed its policy of forcibly displacing Palestinians from their land.

"This measure takes fresh aim at the roots of Palestinian identity and their existence as a people," she told the 15-member Council.

In addition, Ambassador Lodhi said, "The killing fields of Gaza continue to be drenched with the blood of innocent Palestinians -- over 200 civilians have been killed since peaceful protests began in March 2018, including another seven on 12 October."

"If we want to put out these fires of conflict, we must act decisively against injustice and oppression across the world," she added.

Reaffirming Pakistan's commitment to the Palestinian cause, Ambassador Lodhi urged the international community to continue to lend its voice in support of a two-state solution based on agreed parameters, including pre-1967 borders and with Al-Quds Al-Sharif as the capital of the Palestinian state.

Meanwhile, she said, the decision by the United States, a major donor, to end all financial support to UNRWA, -- the UN agency tasked with caring for Palestinian refugees -- cast a deep shadow of uncertainty over the sustainability of many of the Agency's critical activities, which have long served as a vehicle for stability and social cohesion. "As an expression of our solidarity with them, Pakistan is making an additional contribution to UNRWA this year," she told delegates.

"The humanitarian needs of the Palestine refugees should not be mortgaged to political expediency and narrow interests," the Pakistani envoy stressed, urging the international community to work together to support those 5.4 million refugees.

Turning to the Syrian conflict, she hailed outgoing Special Envoy Staffan de Mistura's work over the last four years. Pakistan will continue to support political solutions in the region, including in the context of Yemen's humanitarian crisis - while continuing its calls on the world community to act decisively against injustice and oppression.