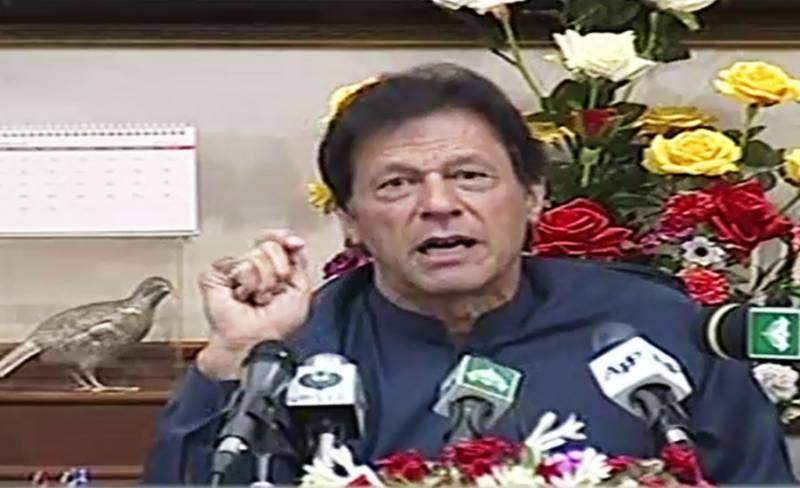 ISLAMABAD – Prime Minister Imran Khan has refused to scummb to the pressure over the accountability process.

He said that he would go to the last extent against corruption and would not succumb to any pressure.

He was talking to senior journalists at PM House on Saturday.

The prime minister said that Shehbaz Sharif was trying to become Nelson Mandela. “Talks are underway to settle terms and conditions with the IMF. It is clear that the government is going to the IMF,” he said, adding that the government had no option except to get the loan.

He said that they had so much proofs against those looting the country that they cannot go scot-free. “The people afraid of accountability want an NRO,” he said.

Imran Khan said that the circular debts would have swelled if the power rate was not increased. “The next few months will certainly be tough and later Pakistan will be in a better position,” he maintained.