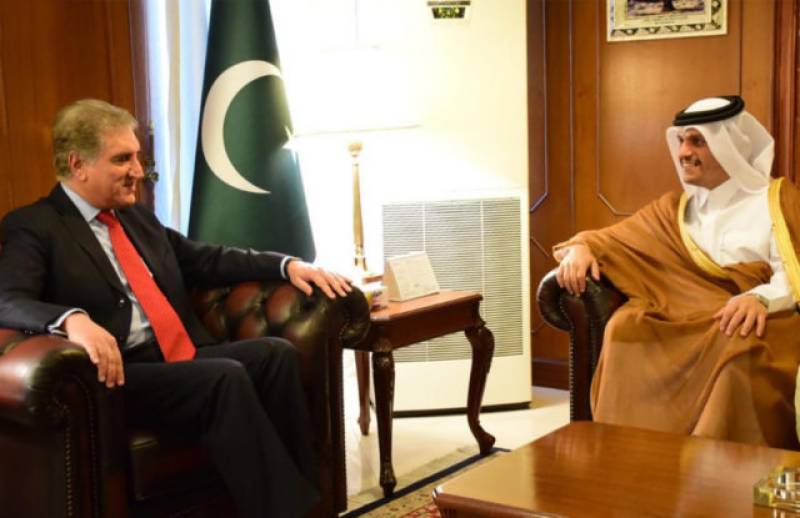 ISLAMABAD - Minister for Foreign Affairs Shah Mehmood Qureshi Friday while discussing the bilateral ties with visiting Qatari counterpart, offered the services of professional Pakistani workforce to Qatar for preparations of 2022 FIFA World Cup to be held in Qatar.

In a meeting with Deputy Prime Minister and Minister for Foreign Affairs of the State of Qatar Sheikh Mohammad Bin Abdul Rahman Al Thani, who called on him here, the foreign minister underscored the importance of relationship between Pakistan and Qatar, said a Foreign Office statement.

The Qatari foreign minister congratulated Foreign Minister Qureshi on assuming the office and conveyed his keen desire to work with him for cementing brotherly relations between Pakistan and Qatar.

Discussing bilateral, political and economic relations between the two countries, the ministers decided to hold the next meeting of Joint Ministerial Commission in December this year. It was also agreed to hold Bilateral Political Consultations at the same time.

The foreign minister highlighted the huge potential for bilateral cooperation in energy, petroleum and petrochemical, agriculture and livestock sectors.