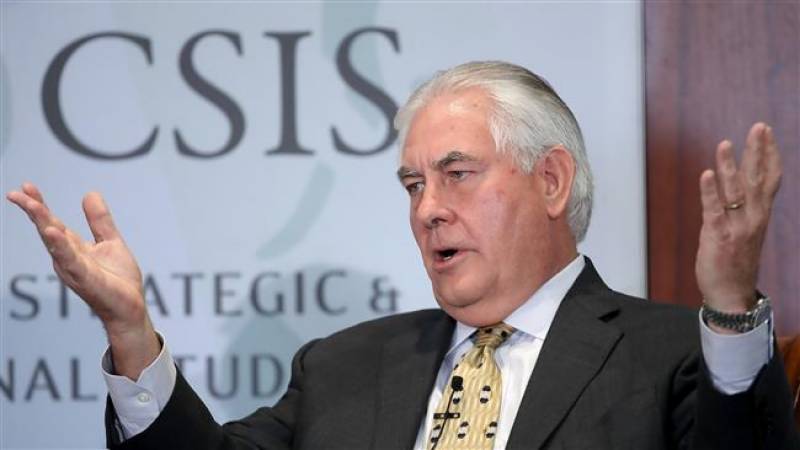 WASHINGTON - US Secretary of State Rex Tillerson says China poses a threat to stability in the region and the world order, while praised India, calling it a responsible nation.

Tillerson made the remarks while speaking at the Center for Strategic and International Studies, a foreign policy think tank, in Washington, DC on Wednesday ahead of a visit to India.

He outlined a broad American commitment to increasing cooperation with India, but accused China of being engaged in efforts to subvert and undermine global order.

Tillerson said that the administration of President Donald Trump was "determined to dramatically deepen" cooperation with India, which he described as a stabilizing influence in Asia.

"China, while rising alongside India, has done so less responsibly, at times undermining the international, rules-based order even as countries like India operate within a framework that protects other nations’ sovereignty," the top US diplomat argued.

"The United States seeks constructive relations with China, but we will not shrink from China’s challenges to the rules-based order and where China subverts the sovereignty of neighboring countries and disadvantages the US and our friends,” he said.

"We expect Pakistan to take decisive action against terrorist groups based within their own borders that threaten their own people and the broader region," he said. "In doing so, Pakistan furthers stability and peace for itself and its neighbors, and improves its own international standing."

In August, President Donald Trump introduced a new US strategy in Afghanistan. In his speech, he praised India and accused Pakistan of having terrorist “safe havens.”

In response, China said Pakistan has fought extremism and terrorism caused by the 2001 US-led invasion and occupation of the neighboring Afghanistan and the country has lost thousands of lives in this effort.

The US calls China a destabilizing force in the region but has been engaged in disruptive activities in the country’s backyard. Washington long sought to limit Beijing’s growing maritime influence in the South China Sea, over most of which Beijing claims sovereignty.

Additionally, the US has reached out to the sea’s neighboring nations, who have overlapping claims with regards to the South China Sea, a major gateway for trillions of dollars in maritime trade.

China does not look favorably upon the US military’s presence in the region, saying Washington is only there to stir regional tensions.