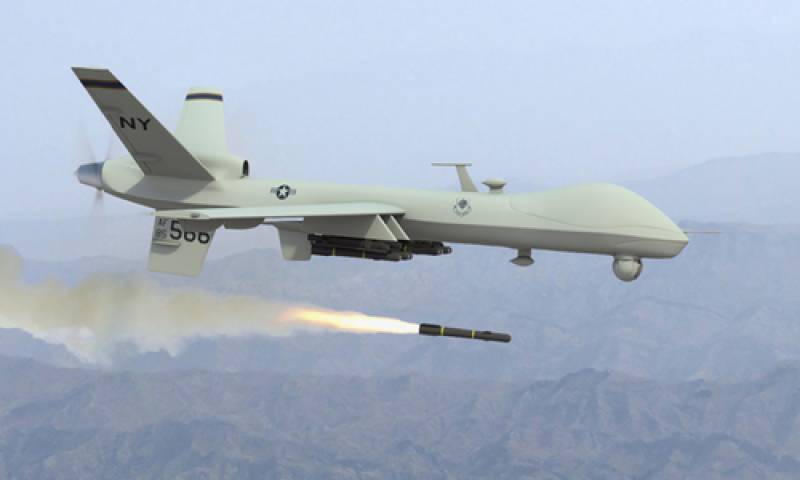 According to sources six terrorist hideouts were destroyed during the strike.

The attack took place in Khosh Kurram, Afghanistan and is the fifth strike this week. 41 deaths have been reported in the drone strikes including that of Jamaat-ul-Ahrar chief Umar Khalid Khorasani.

Pakistan Army said operations are being carried out against terrorists in Afghanistan, which involves air activity.

According to the ISPR, military operations are being conducted in Khost and Paktia province of Afghanistan, opposite Kurram Agency.

It added the Resolute Support Mission, the coalition forces operating in the country against the Taliban and Daesh, are sharing details about the operation within Afghan territory and the Pakistan Army is vigilant in its own area along the border area.