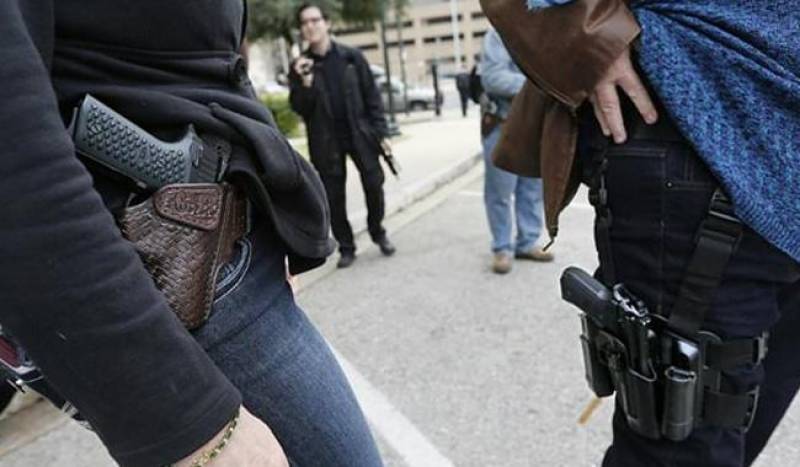 MIAMI: As many as three million people in the United States carry a loaded handgun daily, while nine million do so at least once a month, according to a US study Thursday.

Most of these gun-toting Americans are young men, live in the south and say personal protection is a top reason for walking around with a deadly weapon, said the report in the American Journal of Public Health.

The study is the first in 20 years to look at gun-carrying habits in a nation that has been repeatedly seen fatal mass shootings at schools, concerts and workplaces, researchers said.

"It was important to study handgun carrying because about 90 percent of all firearm homicides and nonfatal firearm crimes for which the type of firearm is known are committed with a handgun," said lead author Ali Rowhani-Rahbar, an associate

professor of epidemiology at the University of Washington School of Public Health."An important first step to examining the consequences of firearm carrying at the national level is an accurate measurement of the occurrence of this behavior and characterization of those who engage in it."

The data came from a 2015 nationally representative survey that assessed handgun-carrying behavior of 1,444 gun owners."Compared with handgun owners who did not carry, those who did report carrying handguns tended to be younger, and more often male, live in the southern United States, have grown up in firearm-owning households, self-identify as politically conservative, and own more than one type of firearm," said the report.

The survey found that 80 percent of surveyed handgun owners who carried their handgun had a concealed-carry permit.

Some owners reported carrying a concealed handgun without a permit in states in which doing so was illegal.

Co-authors on the study came from the Harvard School of Public Health, the University of Colorado and Northeastern University.