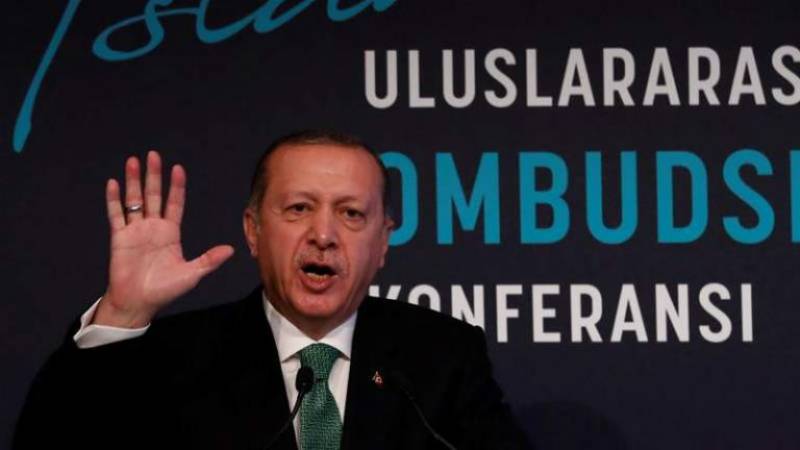 ANKARA - Turkish President Tayyip Erdogan has asked D-8 countries including Pakistan to trade in national currencies.  If we can lead the way in using our national currencies in trade among our countries, we will mark a revolution in the history of D-8,” Erdogan said at the opening session of a D-8 summit in Istanbul on Friday.

Erdogan contended that there was no reason to allow our economies to melt under the pressure of exchange rates.

Erdogan, hailed as the leader of Muslim world proposed the central banks of D-8 member states to come together for the establishment of a clearinghouse and urged the private sectors of member countries to get involved in D-8 activities more actively.

Drawing a comparison, the Turkish president noted that the average national income per capita of D-8 countries was 1,820 U.S. dollars when the organization was established 20 years ago but now it stood at 4,500 dollars.

Erdogan declared that the swell in average national income per capita was not enough, adding that it had to go much further.”

The D-8 summit is hosted under the theme of “Expanding Opportunities through Cooperation” among member states, namely Bangladesh, Egypt, Indonesia, Iran, Malaysia, Nigeria, Pakistan and Turkey.

Earlier, the Prime Minister of Pakistan Shahid Khaqan Abbasi handed over to Turkish President Recep Tayyip Erdogan, the Chair of the D-8 Organisation for Economic Cooperation.

“Mr. President, I congratulate you on assuming the Chair of the D-8 Summit. I am confident that your wisdom, sagacity, dynamism and firm commitment will bring new vigour to the D-8 Organisation for Economic Cooperation,” Abbasi said.