Surrender or else you will be eliminated, Ashraf Ghani warns Taliban
20 Oct, 2017 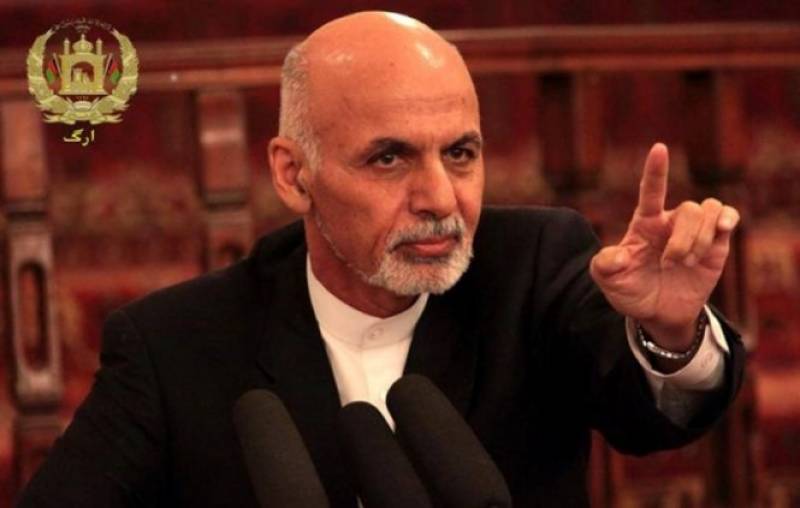 KABUL - President Mohammad Ashraf Ghani in reaction to the recent wave of deadly attacks has said that no option is left for the terrorist groups other their elimination or surrender.

The Office of the President, ARG Palace, quoted President Ghani in a statement as saying “The criminal groups linked to the outsiders, in the latest terrorist wave of attacks, targeted various parts of the country. After committing crimes and acts of savagery against humanity in Ghazni and Paktia, the terrorists once again martyred some Afghans and security personnel in Maiwand district of Kandahar.”

The statement further added that the groups which have been involved in crimes, terror, and murders, are currently on the verge of destruction and elimination.

President Ghani says on the other hand the government of national unity and the Afghan people stand along the Afghan security forces and will use all their force to fight against the crimes of the terrorist groups.

He said the terror groups are being wiped out from the communities and are currently having no other option other than surrendering or being eliminated.

According to President Ghani, for this reason, the terrorist groups have once again opted not to refrain from any act of savagery.

He said the Afghan security forces continue to defend from the sovereignty and territorial integrity of the country with their blood and their bravery will be written in golden scripts in the history of the country.

President Ghani also added that the Afghan forces remain in the frontline in the fight against terrorism and the international community and the Afghan people will always remain thankful for their devotion.