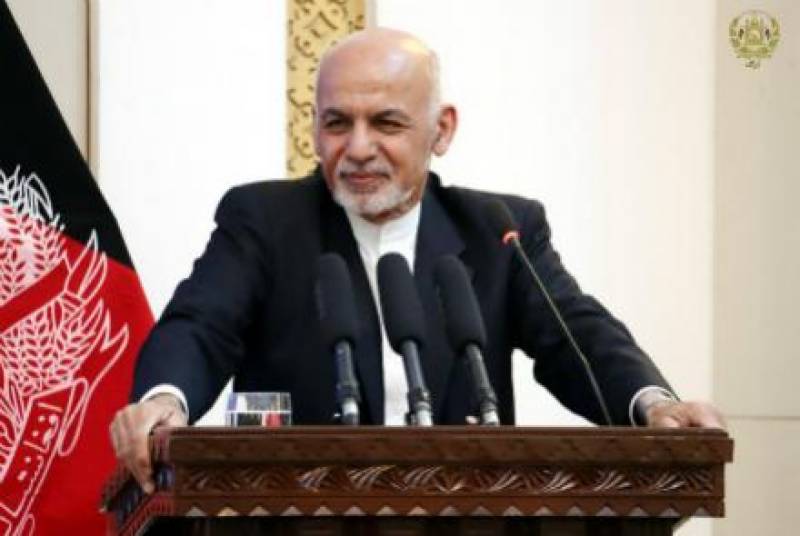 KABUL - President Ashraf Ghani at a gathering on Friday said Afghanistan has been a main victim of terrorism and that the countries which seek their interests in the existence of terrorist groups will be isolated.

According to him, terrorist groups and their supporters are under heavy pressure from the international community and the Afghan government.

“These networks must not have any place in this century. The people and countries that see their interests in existence of terrorist groups should realize that they are isolating themselves,” he told the Sixth Silk Road Mayors Forum in Kabul.

He said terrorists have been defeated on the battlegrounds and that the groups are going towards isolation.

He pointed out to recent attacks in the country and said there is no power in the world which will defeat Afghans.

You will never be able steal the future from our children,” he said.

The remarks come after the Chinese government strongly condemned the recent Taliban attacks in different parts of the country that caused severe casualties.

"The Chinese side is deeply shocked at the heavy casualties caused by the related attack in Afghanistan and strongly condemn the incident,” Lu Kang, Chinese Foreign Ministry spokesman, said this week.

The spokesman added that “China is concerned about the escalation of violent conflicts in Afghanistan, and calls on related parties to actively support and participate in the Afghan-led and Afghan-owned reconciliation process to jointly safeguard the country's peace and development".