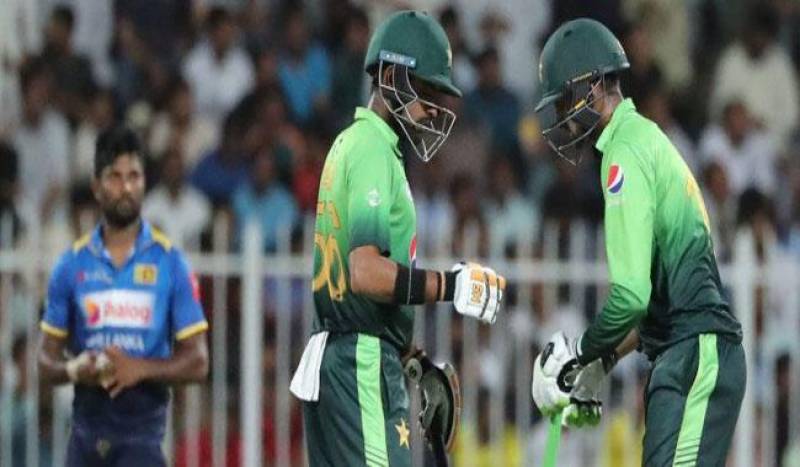 SHARJAH: An unbeaten 119-run fourth wicket partnership between Babar Azam and Shoaib Malik steered Pakistan to an impressive seven-wicket victory over Sri Lanka in the fourth One-day International here at the Sharjah Cricket Stadium on Friday.

Chasing an easy target of 174, Pakistan completed their fourth consecutive win in the five-match ODI series against Sri Lanka with eleven overs remaining.

Now they are looking for making a clean sweep in the series during the fifth and final ODI, to be played on Sunday.

Babar and Shoaib, both remained not out on 69 each.

Babar batted steadily, hitting five fours in his 101-ball innings while Shoaib on the other hand was more aggressive, smashing three sixes and two fours in 81 balls.

Before their century stand, Pakistan were reeling on 58-3 after losing Fakhar Zaman (17), Imam-ul-Haq (2) and Mohammad Harfeez (9).

Earlier, Sri Lanka won the toss and batted first but their batsmaen could not resist against the accurate bowling from Pakistan and were bowled out for 173 in 43.4 overs.