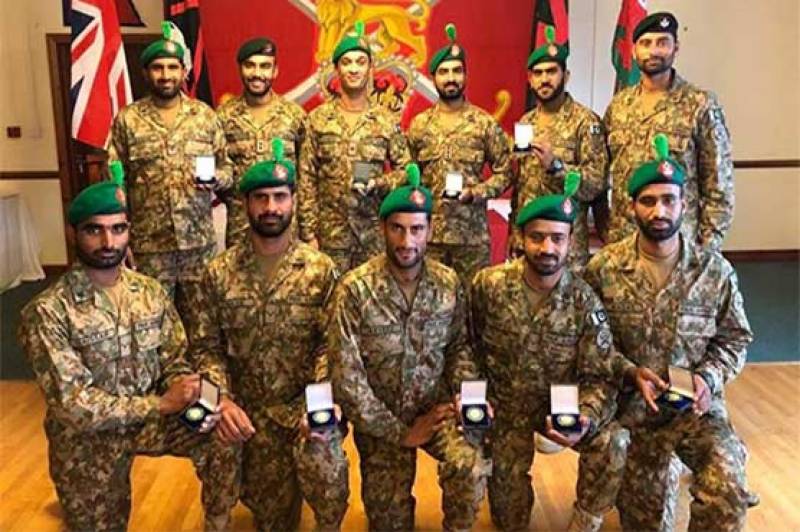 A total of 131 teams from across the world armies participated in the event known as one of the toughest patrolling test for military personnel.

Cambrian Patrol is physically challenging and arduous exercise which concentrates on teamwork for achieving the mission held in the most unforgiving mountainous terrain of mid-Wales, UK, amid tactical and technical challenges, testing leadership, self-discipline, courage and determination of the participants.

This is the fourth time Pakistan Army has won Gold in the Cambrian Patrol winning the competition last year as well.