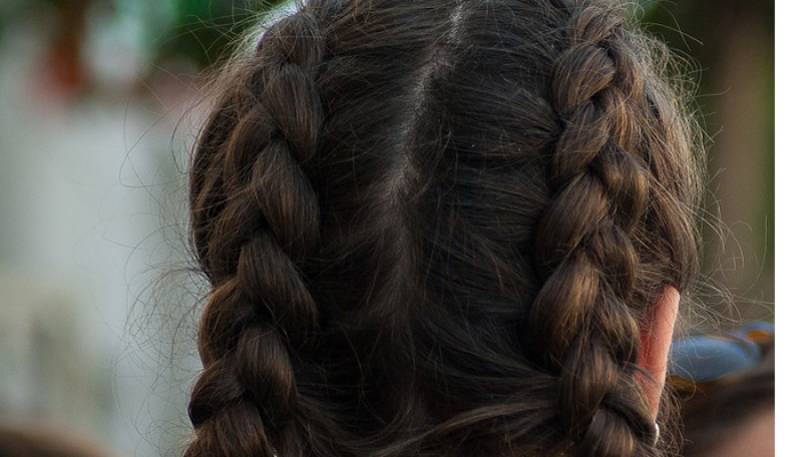 SRINAGAR - Shaqeela Sajad was cleaning her front veranda last week when a masked man attacked her from behind by forcing a handkerchief over her nose.

Sajad is a 24 year-old based in Srinagar, the capital of Indian Occupied Kashmir, and is currently pregnant with her first child.

“When I opened my eyes in the hospital, I found out that my braid had been hacked,” she says.

These incidents of ‘braid-chopping’ have created a new type of terror for women in Kashmir, which already witnesses a lot of bloodshed due to frequent rights abuses carried out by Indian occupying forces in the region, USA Today has reported.

Fears have grown that an assailant, or a band of attackers, have been drugging women and chopping off their braids for no apparent reason.

According to local police, more than 200 such incidents have been reported over the past six weeks.

Kashmiri women mostly have braided hair, which they cover with scarves and other traditional garb, and are potential targets for the attacker.

They remain fearful for their lives.

The assailants reportedly take down lone women in the streets, or attack them in their homes. The tied bundle of hair, cut off from the head, is also usually found at the crime scene.

The government of the area has announced a bounty of $9,000 for information leading to the arrest of the criminals. Despite the alarming situation, local police admit that they remain clueless.

Indian troops have been cracking down on protestors who say that the government is not doing enough to nab the attackers.

Tear gas and pellets are being used to disperse local residents throwing stones at the law enforcement authorities, eye-witnesses say.

“The situation is worrying,” said Syed Naeem Akhtar Andrabi, a provincial lawmaker in the local council. “The probe is on.”

Shesh Paul Vaid, the top police official in the region, has said that the police need the victims’ co-operation in order to  solve the case.

“Special teams have been dispatched to all districts to handle the crisis,” he added.

Police distrust remains the biggest obstacle to cooperation, however, as women have refused to talk to officials after complaints that some victims were told they were ‘hallucinating’ when they recounted their stories.

“I’ve not been able to sleep properly since the attack,” said Nazia Ibrahim, 28, who was attacked Oct 4 at her home in Srinagar and left to stay with relatives. “I don’t want to be attacked again.”

These attacks have been causing depression, paranoia and spreading fear across neighborhoods. Women are leaving the area to stay with relatives elsewhere, and avoid venturing out alone after dark.

Protest leaders recall that similar incidents took place back in the 1990s, when masked men attacked locals who were providing shelter to freedom fighters.

The Indian government is orchestrating the braid-chopping to divert attention from the resistance we are putting up, the leaders say.

To fight back, vigilantes have hit the streets, sometimes attacking innocent residents mistaken as braid-choppers.

“Anger is leading to anarchy,” said Junaid Rather, 27, a local journalist who saw an intruder Friday in the garden of his house in Srinagar.

“I thought, ‘It’s a dog,'” he recalled. “When I challenged it, I saw a man in black attire climbing our 13-foot corrugated sheet wall in a blink. Only a trained person can escape like this.”

Sabina Aijaz, 35, was attacked twice.  Aijaz was in the kitchen when someone knocked and said “open the door” in a foreign accent.

“But when she tried to look through the iron-grilled window, they sprayed her,” said her husband, Aijaz Ahmad Dar.

“I was upstairs and when I came downstairs, I saw her lying on the floor unconscious.”

The next morning, two masked men struck again when her husband went out to buy bread. They forced a handkerchief over her face and said,

“You annoyed us a lot,” before kicking her down the stairs and cutting her braid.

“She is in shock,” her husband said.