Fierce fighting broke out between Iraqi and Kurdistan Forces
20 Oct, 2017 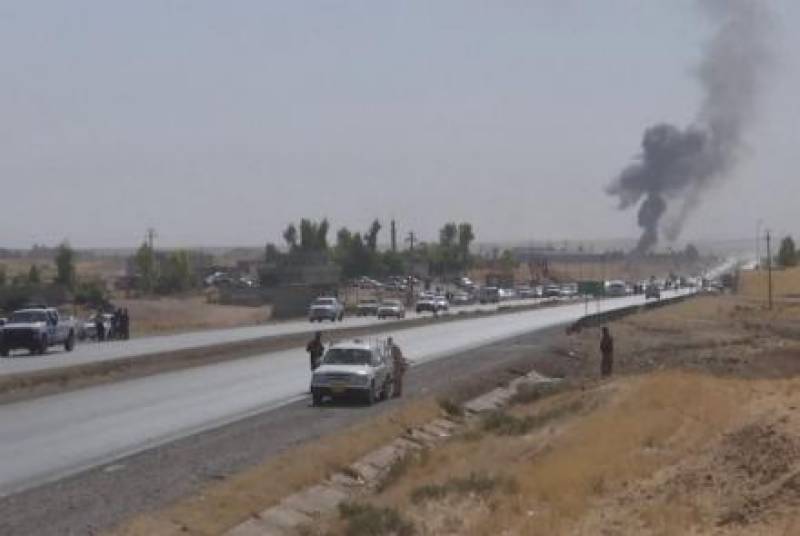 BAGHDAD - Fighting broke out between Iraqi and Kurdish forces at the town of Altun Kupri on Friday, about 40 kilometers south of Irbil on the Kirkuk road, the Associated Press reported.

Altun Kupri was the last point the Kurdish Peshmerga controlled after they withdrew from Kirkuk on Monday.

"Yes, they are attacking in Altun Kupri. And they are attacking from Dibis also, and there is nothing we can do about it, honestly. I'm urging the coalition forces to come and help us. It (a shell) hit in the middle of the Zerevani forces (peshmerga). No doubt we have martyrs there, " Ibrahim Mirza, peshmerga soldier, said as quoted in a report by the Associated Press.

The Iraqis claim it for themselves as it's part of the areas the Kurds gained in mid-2014 after federal forces fled advancing Islamic State militants.

Thick smoke could be seen rising from a Kurdish checkpoint just north of Altun Kupri after it was hit by Iraqi artillery.