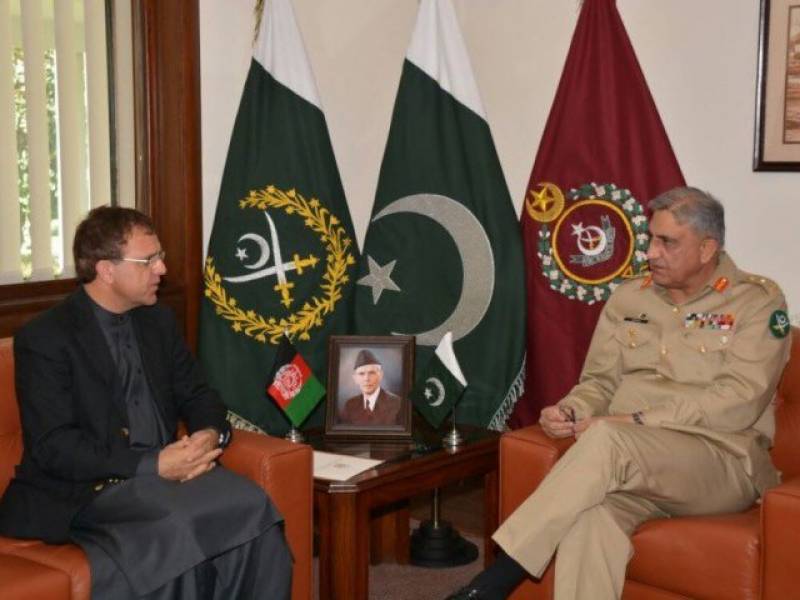 RAWALPINDI: Chief of Army Staff General Qamar Javed Bajwa on Friday met with Afghanistan's Ambassador to Pakistan Omar Zakhilwal and said terrorist attacks can not shake our resolve for peace in the region, said a statement released by the Inter-Services Public Relations (ISPR) on Friday.

The army chief, in his meeting with the Afghan envoy, further said terrorism has affected both the countries equally.

On the occasion, Gen Bajwa also paid his respects to the families of the victims and condemned the attacks, added ISPR.

Militants launched two separate attacks on Afghan security installations earlier this week, killing dozens of soldiers, the latest in a series of devastating assaults that have left more than 120 people dead and underscored spiralling insecurity.

A security source in Kandahar put the toll at 50 dead and 20 wounded. At least 43 Afghan soldiers were killed and nine wounded in a Taliban-claimed assault on a military base in southern Afghanistan which saw the insurgents blast their way into the compound with at least one explosives-laden Humvee, the Afghan defence ministry said.