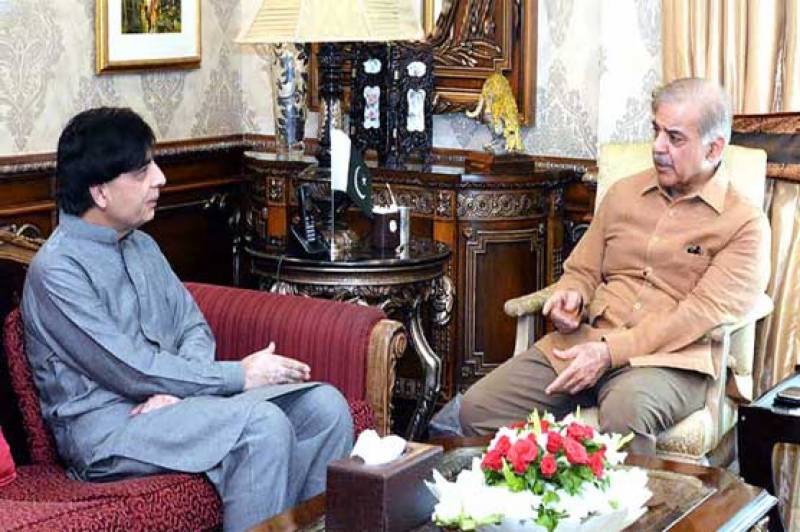 According to the details, the two close aides of Pakistan Muslim League-Nawaz president Nawaz Sharif discussed matters that hold importance for the political party and that of mutual significance.

On the occasion, CM Shehbaz asserted that the provincial government is making efforts to steady Pakistan’s progress in multiple sectors.

He said that the political party is working efficiently on welfare projects. He reiterated the stance maintained by Pakistan Muslim League-Nawaz for the past years by saying that the efforts would continue until eradication of power outages, terrorism and corruption.

On the other hand, hours before Chaudhry Nisar met Punjab chief minister, an ally of Pakistan Tehreek-e-Insaf, Sheikh Rasheed of Awami Muslim League claimed that close aides would quit him in the near future.