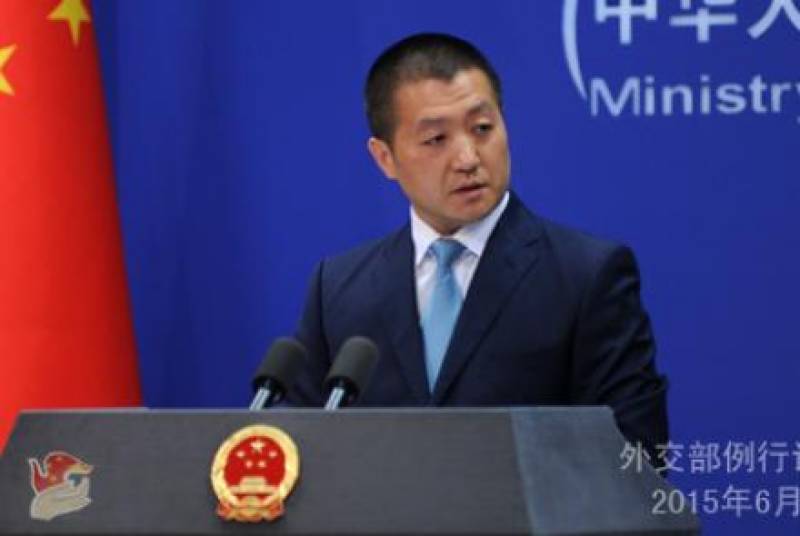 "The Chinese side is deeply shocked at the heavy casualties caused by the related attack in Afghanistan and strongly condemn the incident,” said Lu Kang, Chinese Foreign Ministry spokesman. “We extend profound condolences for those innocent victims, and convey sincere sympathy to the injured and families of victims."

The spokesman added: "China is concerned about the escalation of violent conflicts in Afghanistan, and calls on related parties to actively support and participate in the Afghan-led and Afghan-owned reconciliation process to jointly safeguard the country's peace and development."

In the past three days, three deadly attacks carried out by the Taliban against Afghan security forces - in Paktia, Ghazni and Kandahar provinces – have claimed the lives of well over 100 security force members and wounded dozens more.

On Wednesday night, the Taliban carried out a massive suicide bombing against a military base in Maiwand district in Kandahar province, killing 43 soldiers and wounding nine. Six are unaccounted for.

There had been 60 soldiers deployed to the base.

Other insurgents then stormed the base – which resulted in a firefight between Taliban members and security forces.

This came a day after the Taliban attacked Paktia police headquarters. Security officials said on Thursday over 80 people were killed, of which at least 60 were security force members. Among those killed was the provincial police chief, Torialai Abdyani. Meanwhile, over 200 others, including civilians, were wounded in the attack.

The Taliban insurgents detonated two vehicle bombs and stormed the police compound on Tuesday morning and used not only security force vehicles but were also dressed in security force uniforms.

In a third attack, on Monday night, at least 15 police force members and five civilians lost their lives in a Taliban attack in Andar district in Ghazni province.

Ghazni Governor Abdul Karim Matin said a Humvee full of explosives was used in the attack which was detonated in front of Andar district council building.