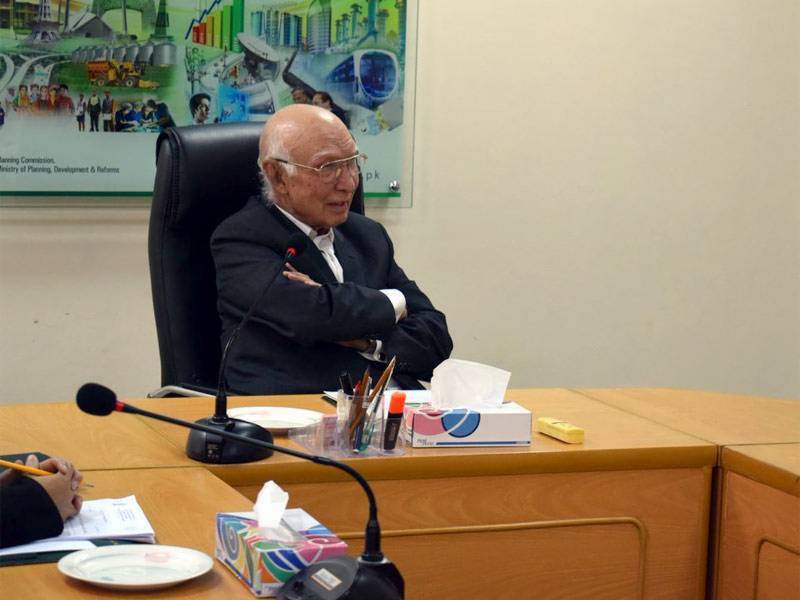 The meeting of CDWP was chaired by Deputy Chairman Planning Commission Sartaj Aziz, while among others it was attended by officials from different ministries and provincial governments.

CDWP considered two projects of water resources with the total proposed cost of Rs16 billion. Both of these projects were referred to ECNEC. The water resources project approved wereconstruction of 200 Dams / Check Dams in Killa Abdullah, Gulistan and DobandaiTehsils, District Killa Abdullah, and Construction of Garuk Storage Dam, District Kharan, Baluchistan. Both of these projects were sent to ECNEC for further evaluation.

CDWP also recommended two projects of Transport and Communications with the total proposed cost of Rs193 billion. Both of these projects were referred to ECNEC for further approval.

A total of nine Physical Planning and Housing projects were proposed in CDWP out of which 7 were approved and one was referred to ECNEC. The total proposed cost of these projects is Rs28 billion.

The CDWP also considered four science and technology projects out of which three were approved. The cost of these projects is Rs2.35 billion.

The projects approved were Development of Sindh Madrasatul Islam (SMIU) Campus at Education City, Malir, Karachi (Phase-I), Upgrade of Silicon Strip Tracker and Muon system for theCompact Muon Solenoid (CMS) Experiment, Research and Development and Up-gradation and Strengthening of R&D Labs of National Centre for Physics. In heath sector, one project with total cost of Rs33 billion was referred to ECNEC for further approval.

The project approved was Prime Minister’s National Health Program (Phase-II)            The CDWP considered five projects of Industries and Commerce out of which three were approved and one project was referred to ECNEC.

The CDWP also approved a governance sector project with the total cost of Rs732 million. The project approved was CPEC Support Project by Ministry of Planning, Development and Reform.

In environment sector, the CDWP approved one project with a cost of Rs193.6 million.