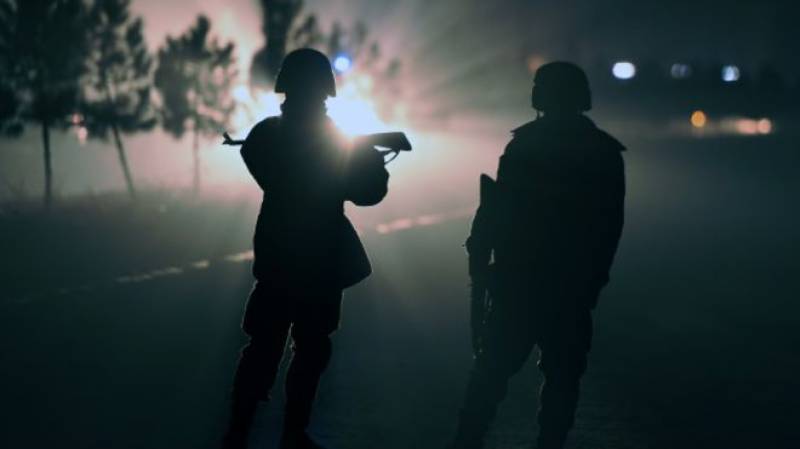 KABUL - Afghan Taliban have condemned the Kabul mosque bombing in which atleast 30 Afghan civilians including women and children have been dead. We don't attack women, children and civilians as we are fighting the war against security forces for liberation of Afghanistan from foreign forces, sources have claimed quoting senior Afghan Taliban commander in Afghanistan.

ISIS has claimed the responsibility for the twin suicide attacks on mosques on Friday.

Over thirty people were killed after a suicide bomber targeted a mosque in the western parts of Kabul city earlier this evening.

According to the local security officials, the incident took place in the vicinity of the 13th police district of the city in Dasht-e-Barchi area.

The Ministry of Interior spokesman Najib Danish confirmed that 39 people were killed and 45 others were wounded in the attack.

A security official speaking on the condition of anonymity earlier had confirmed that over 30 people were killed and over 40 others were wounded in the attack.

The eyewitnesses in the area had also said earlier that a suicide bomber detonated his explosives among the prayer participants in Imam Zaman mosque.

They are saying that the dead bodies of more than 30 people were seen in the other while dozens more were wounded.

The Ministry of Interior of Afghanistan confirmed the incident but did not disclose further information regarding the casualties toll.

According to reports, the Islamic State of Iraq and Syria (ISIS) terrorist group loyalists have claimed responsibility behind the incident.

This is not the first time the loyalists of the terror group have claimed responsibility behind the attacks on mosques in Kabul.

However, the group has carried out numerous similar attacks on the mosques in the city, mainly targeting the gatherings of the Shi’ite Muslims.