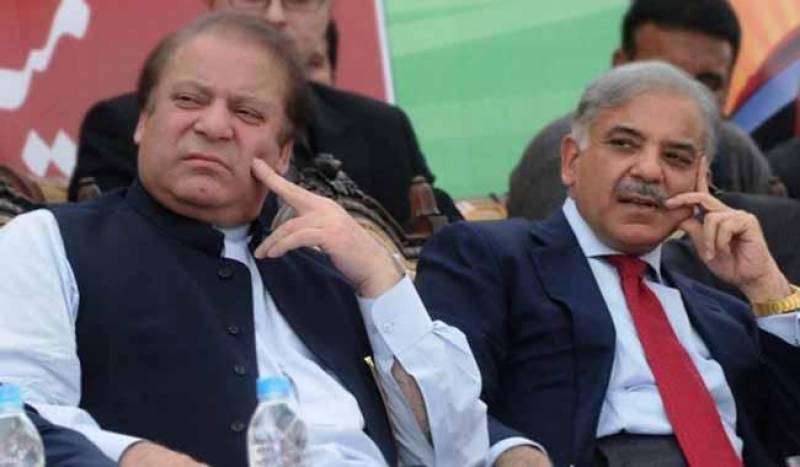 LAHORE: 40 sitting members of the Punjab Assembly held a secret meeting to discuss the political scenario of the country faced by Sharif family in the NAB Courts.

They have resolved, that PML-N President Nawaz Sharif, should step aside and let Shehbaz Sharif lead the party against the backdrop of growing fear of the party president being taken down by the court, again, The News has reported.

Forty members of PML-N gathered at Shaukat Lalika’s residence for strengthening Shehbaz SHarif’s role in the party in the absence of Nawaz Sharif. In view of suspected differences among the Sharifs, which is leading to anxiety in party leaders and legislators, this congregation discussed the pros and cons of the fallout.

They were of the opinion that Shahbaz Sharif should be given reigns of the party by his brother in the existing scenario, where Nawaz’s status as President hangs in balance because of the possibility of the Supreme Court by nullifying the Election Bill 2017. The bill allowed Nawaz to stay as party president despite being convicted.

The bill is not a constitutional provision, but is an act of the parliament that the Supreme Court can undo. The participants of this meeting were of the view that Nawaz Sarif’s importance wouldn’t be undermined in such a scenario for the party stands one under his leadership and doling out of the office of party president to his brother would help consolidate the party ranks in his absence.

The status of Nawaz Sharif in the party in whatever role is lifeblood of the PML-N, however, in the present situation, the reality on ground warrants an effective leadership which can have hands-on approach for steering the party out of the crisis.

This sudden move on the heels of Maryam Nawaz’s meeting with the little Sharif’s family, does not come as a surprise because the rumours of infighting were leading to chaos in the party. Without compromising Nawaz’s status, the participants of the moot stressed the need for ending the family infighting for it was suicidal for the entire party.

It is important to note that the majority of the participants belong to Southern Punjab who had won independently after having left the PML-Q. This development could be attributed to an earlier press conference by the PML-N MNA from Bahawalpur, Riaz Pirzada. This disgruntled MNA had voiced concern over his name appearing in a purported IB’s list which contained another 36 of colleagues from Southern Punjab.

The meeting is perhaps an attempt to pre-empt an probable desertion from the party. Talking to The News, senior PML-N minister Raja Ashfaq Sarwar said that, the senior members of the party should be a bridge between the brothers and the party