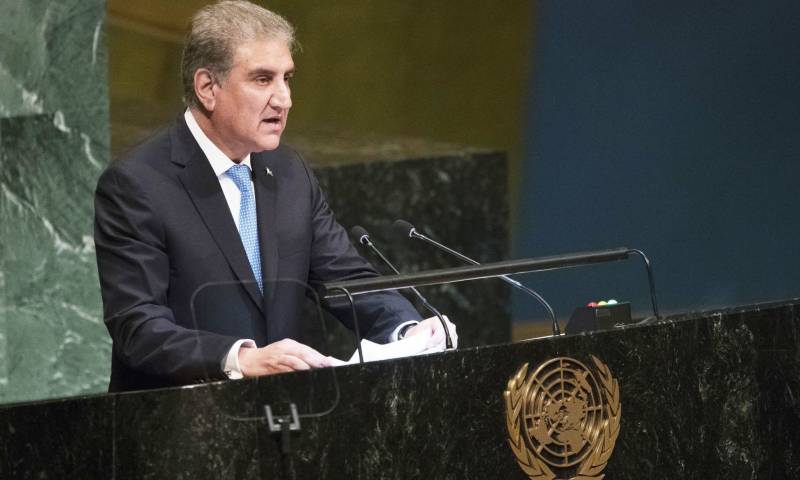 Qureshi held consultations with the envoys of a number of Muslim countries to adopt one stance at the United Nations General Assembly (UNGA) for Palestine. UNGA President Volkan Bozkir and the foreign ministers of Turkey, Palestine, and Tunis were also present at the dinner.

During the emergency meeting of the United Nations General Assembly in connection with the Palestine issue today, permanent representatives of the OIC countries will draw the attention of the international community to the massacre in Gaza.

He will also hold key meetings with President General Assembly and other personalities. Qureshi is also scheduled to meet foreign ministers of different countries during his short stay in New York while he is also scheduled to address at the Pakistani embassy on the Palestinian issue.

The recent trip of the Foreign Minister to the UN is on the instructions of Prime Minister Imran Khan who expressed unflinching and steady support to unarmed Palestinians against the Israeli relentless attacks.

On Monday, a resolution in support of Palestine and condemning Israeli aggression was unanimously adopted in the National Assembly. It underlined Pakistan’s support for a two-state solution, as enshrined in the relevant UNSC and UNGA resolutions.