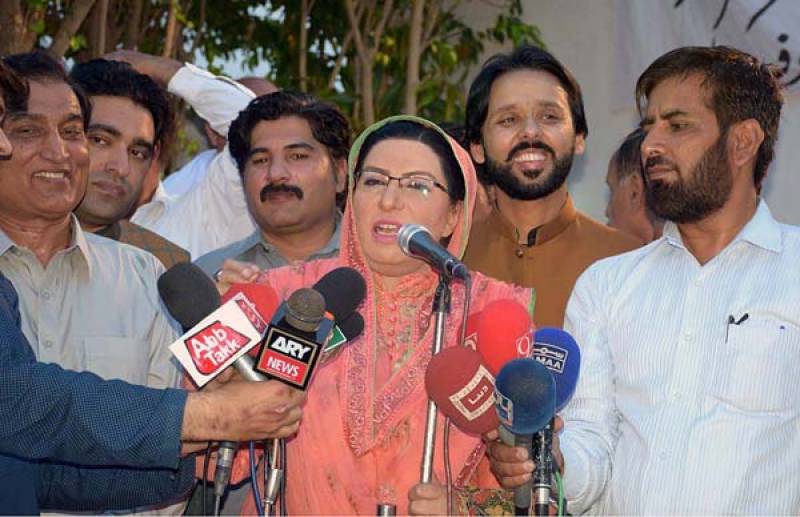 They gathered to find out back door ways to escape from the country by putting pressure on the National Accountability Bureau (NAB) and to protect each other’s corruption and personal political gains, she added.

Talking to newsmen here at Okora Chowk, Firdous said the gang of plunderers had already been rejected by the politically matured masses. “This unnatural nexus between the plunderers will die in a couple of days. The corrupt and dead horses are only active to keep themselves politically relevant.”

They actually wanted to deceive the masses but their game for vested interests was over now, she added.

She said the Pakistan Tehreek-e-Insaf (PTI) government would not let the PPP-PML-N nexus succeed in their designs with the public support. They were political jugglers, who would try to hoodwink the masses through their hollow claims of the country’s development.

The government, she said, had the ability to deal with the opposition parties nexus and would not allow them to loot the national wealth again and play with the sentiments of people.

Firdous said the PTI government was committed to eliminate the menace of corruption from the country and it would not allow the corrupt elements to go unpunished. All the national wealth plundered by the PPP and PML-N leaders would be recovered from them.

She said Prime Minister Imran Khan was the only hope for the nation as his government was committed to end corruption, poverty, unemployment and ignorance from the country.