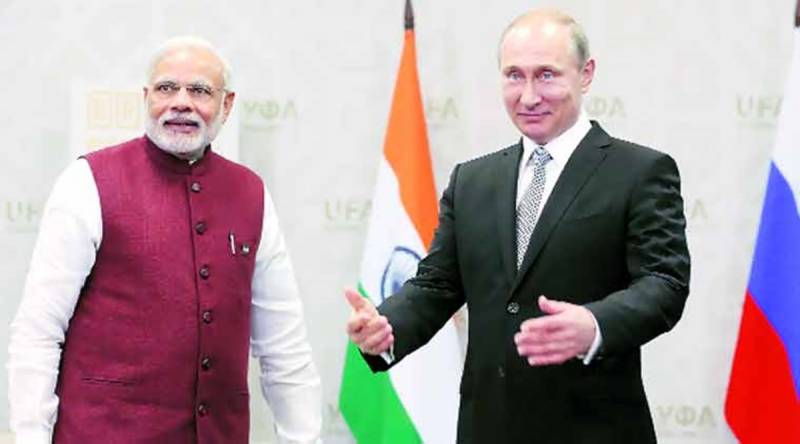 NEW DELHI - Worried from rising Russia and Pakistan defence and Military ties, Indian Prime Minister Narendra Modi will travel to Russia on Monday for an informal summit with President Vladimir Putin in Sochi. The two leaders are expected to discuss several issues ranging from international terrorism to Iran nuclear deal.

Briefing *ANI* on the informal summit, Indian Ambassador to Russia, Pankaj Saran, said, “It is a very important and different kind of meeting between PM Modi and President Putin. President Putin had invited PM Modi almost within two weeks of the former becoming President of Russia for the fourth time.”

He added, “There is a desire to discuss with PM Modi the future priorities of Russia, its foreign policy and ways in which the two countries can improve one another’s economy and international sphere.”

The Indian envoy to Russia said the talks between the two leaders have been scheduled for 1 pm followed by lunch. “We expect them to be together for a few hours. It is a great opportunity to discuss different issues,” Saran said.

Saran also said that in a few months time, President Putin will travel to India for a summit. “This frequency of meetings is just another important aspect of our relationship with Russia,” he said.

The Iran nuclear deal is also likely to be one of the focusses of the informal summit. “Iran is a very important subject and I am sure, it will come up for discussion between the two leaders as they both share relations with Iran and have stakes in that country,” Saran said.

On terrorism, the envoy said besides India, Russia too has been a victim of terrorism. “Russia has also been a victim and is concerned about the spread of terrorism within its own country. The threat that the Islamic State poses will also be taken up,” he said.

The envoy added, “The two leaders will also discuss the situation in Afghanistan and Syria since the entire problem in Syria is related to international terrorism.”

On Russia’s role in development projects in India, Saran said, “Russia is participating in the construction of the Kudankulam Nuclear Power Plant. It has committed to building six plants in Kudankulam. We have signed an agreement with Russia to construct more units in India.”