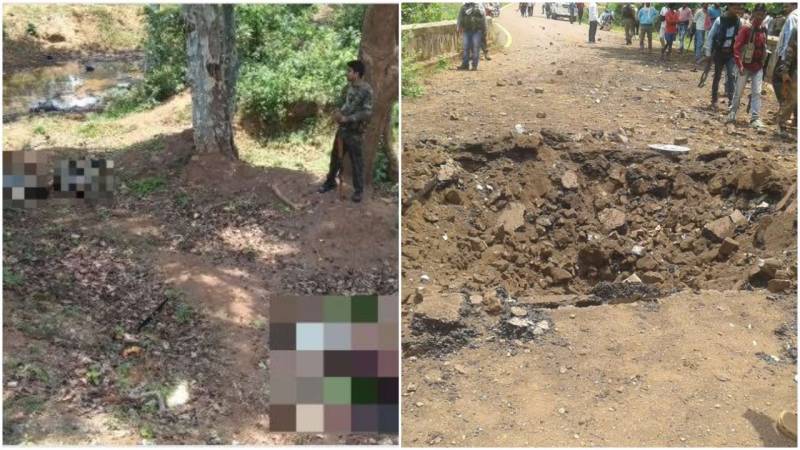 NEW DELHI - Indian Naxals blew up a police vehicle in Chhattisgarh's Dantewada on Sunday. At least six security personnel were killed in the attack, an official told news agency PTI.

One other jawan has been injured in the blast in Dantewada's Cholnar village, which ripped apart the police vehicle in which they were travelling.

The bomb went off the moment the moving vehicle came over it, leaving a small crater on the road.

This is second such attack in the month of May. Earlier, a 39-year-old police constable was killed and a civilian sustained injuries when suspected Maoists opened fire at them in Chhattisgarh’s Rajnandgaon district on May 6.

The incident occurred late in night in Sadak Banajari village where the police jawan, identified as Ganeshwar Singh Uike alias Ravi, had gone to attend the marriage of his cousin brother, a local police official said.

Uike, who was a Maoist before being recruited as constable in the District Reserve Guard (DRG) of Rajnandgaon, had surrendered before the police in 2011, he said.

He was said to be on the target of Maoists since 2016 when he joined the DRG, the official said.