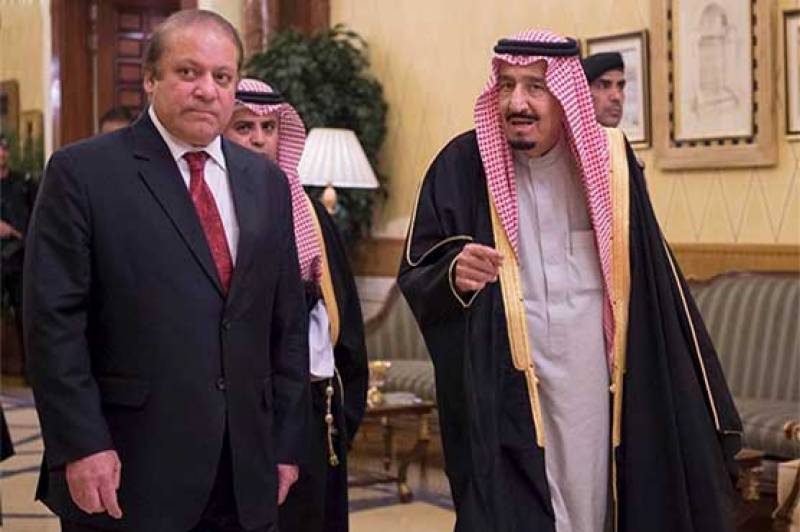 ISLAMABAD - Prime Minister Nawaz Sharif leaves for important tour to Saudi Arabia where he would be joining the other 55 Muslim world leaders on the Arab-Muslim-US Summit.

On the invitation of King Salman bin Abdul Aziz, Prime Minister Muhammad Nawaz Sharif is visiting the Kingdom of Saudi Arabia (KSA) from 21-22 May 2017 to participate in the first trilateral US-Arab-Islamic Summit, to be held in Riyadh on 21 May 2017.

In addition to King Salman and US President Donald J. Trump, 55 Heads of State and Government from the Muslim world have been invited to participate in the Summit.

The Summit in Riyadh will provide an opportunity for the participating countries to discuss how to overcome the menace of terrorism and extremism across the world. It is expected to delink ‘terrorism’ from any particular religion, culture, civilization or region.

“In his address at the Summit, as well as during his interaction with world leaders, Prime Minister Muhammad Nawaz Sharif will focus on Islam’s message of peace, tolerance and unity,” the Foreign Office stated in a press release.

The Prime Minister will highlight the great sacrifices and major successes achieved by Pakistan in defeating the scourge of terrorism and extremism in the region.