Pakistan will not accept Afghan leaders speaking language of India
20 May, 2017 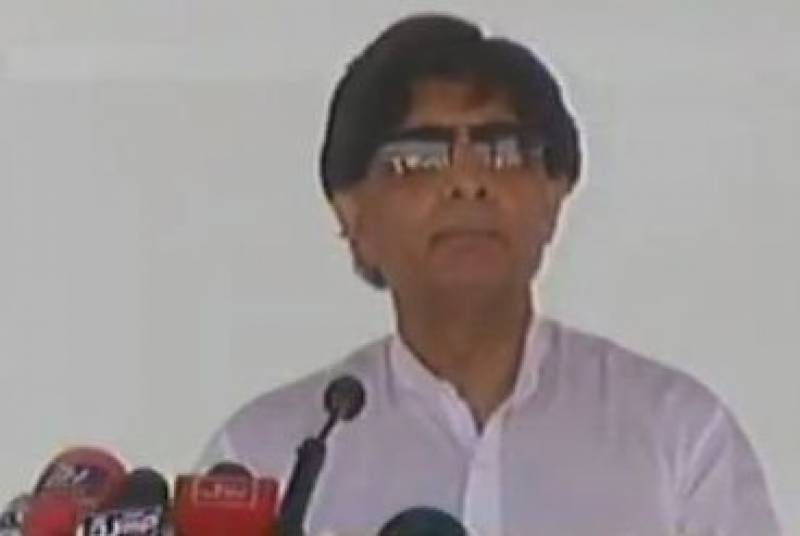 Interior Minister Chaudhary Nisar Ali Khan has reaffirmed the commitment to purge the country of the menace of terrorism.

Addressing the passing out parade of FC at Warsak on Saturday, he said that the country has achieved major successes in the war on terror due to the sacrifices rendered by the security forces. He said this has led to reviving the sense of security amongst the people. He said this fight will be taken to its logical conclusion with unity and harmony in our ranks.

The Interior Minister said that certain elements are on the payroll of our enemies and receiving funds from them to stoke anarchy and unrest in the country. He said these elements are killing innocent people including children and women in the name of Islam. He said these handful of elements have distorted the image of Islam through their sordid acts but we will eliminate them with full force.

Referring to the role of the FC, the Interior Minister said the FC personnel are the protectors of Pakistan and they will have to set new trends of professionalism and commitment in order to free the country of all undesirable elements.

Later talking to the media persons, Interior Minister Chaudhary Nisar Ali Khan said the matter of Kulbushan Yadav will be taken to logical conclusion in accordance with the country's law and constitution.

He said Kulbushan Yadav is an Indian spy who was involved in henious crimes against Pakistan. He was convicted as per the country's law.

About relations with Afghanistan, the Interior Minister said Pakistan desires cordial relations with the neighboring country. He said hearts of the peoples of the two countries beat together. He, however, said Pakistan will not accept the Afghan leadership to speak the language of our enemy India.

About Iran, the Interior Minister said he will visit the country after Ramadan and all the matters will be addressed amicably. He said Pakistan and Iran enjoy close relations and these will remain so in future as well.