Lawyers fight in LHC Bar over differences on PM resignation
20 May, 2017 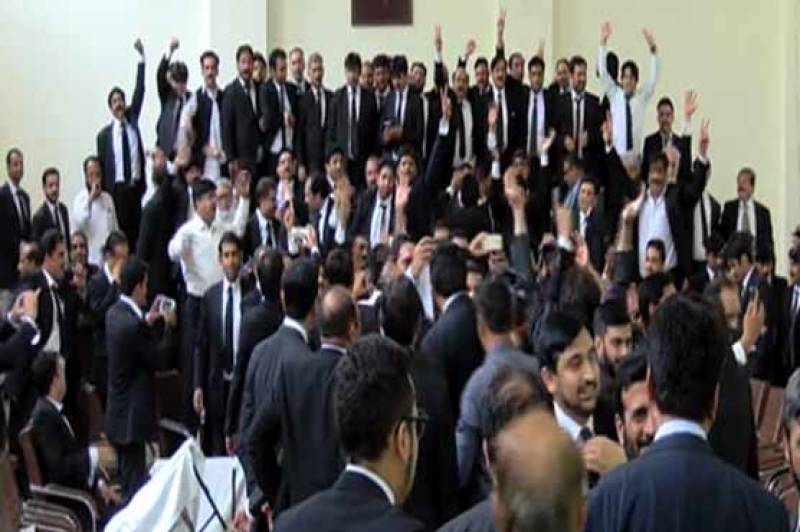 LAHORE  – A lawyers convention was held in the Lahore High Court Bar Association invitation on the issue of the resignation of the Prime Minister Nawaz Sharif on the Panama Leaks.

A scuffle broke out between two groups in lawyers convention at Lahore High Court Bar over the matter of Prime Minister (PM) Nawaz Sharif’s resignation.

One group was in favor of PM’s resignation, and the other was against it. Both parties started raising slogans against each other and situation got intense.

Serious chaos was witnessed at Lahore High Court Bar when lawyers threw chairs on each other and broke the glasses of the hall.