Donald Trump lands in Riyadh on his first foreign trip
20 May, 2017 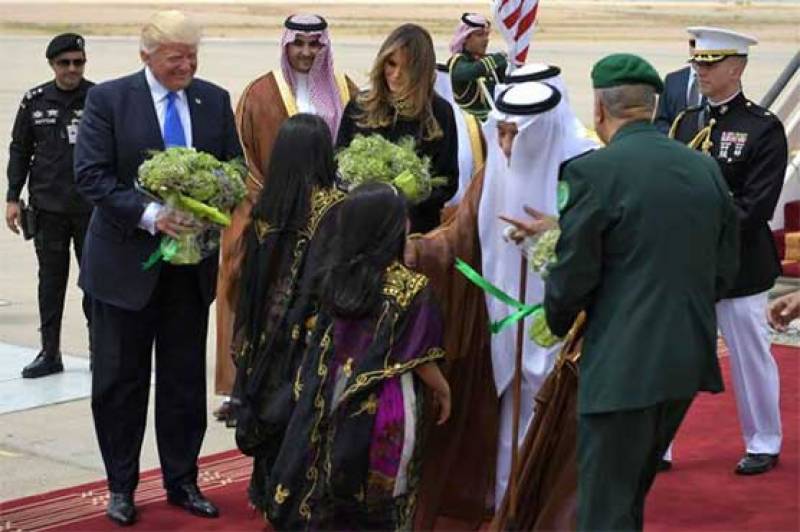 RIYADH - US President Donald Trump landed in Saudi Arabia’s capital Riyadh on Saturday for the start his first foreign tour since taking office.

A red carpet was rolled out and staircase rolled up to Air Force One minutes after it landed shortly before 9:50 am (0650 GMT) local time. 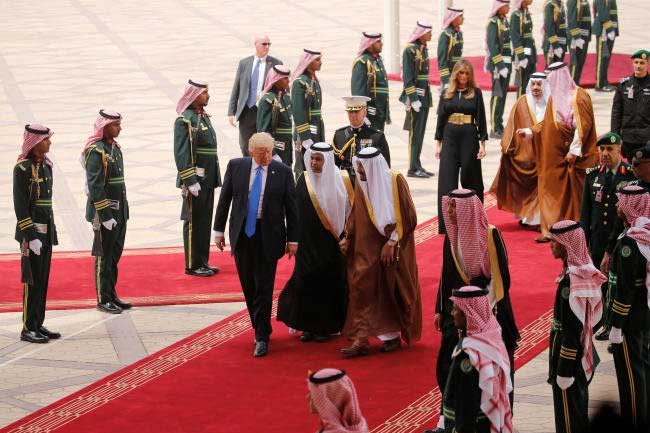 Trump and his wife Melania, who dressed conservatively in black but did not cover her hair, walked side-by-side to the tarmac where they both shook hands with Saudi King Salman.

Trump will hold talks with leaders in the kingdom later Saturday and is to give a speech on "hopes for a peaceful vision of Islam" to some 50 Arab and Muslim leaders on Sunday. 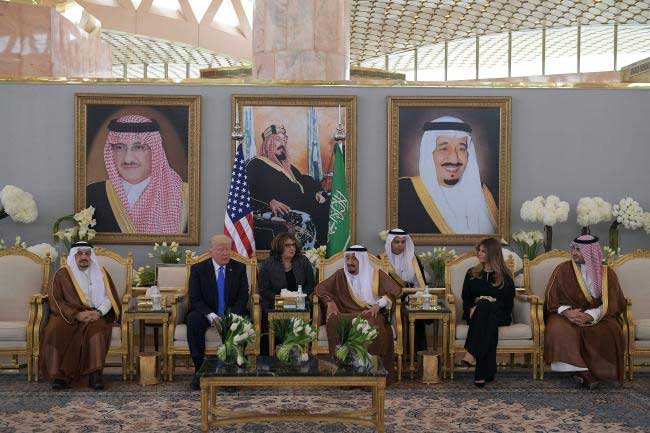 The Republican president was to be accompanied by the first lady, First Daughter and presidential adviser Ivanka Trump and son-in-law and senior advisor Jared Kushner on the first leg of his tour.

Trump will also visit Jerusalem and the Vatican on his tour.