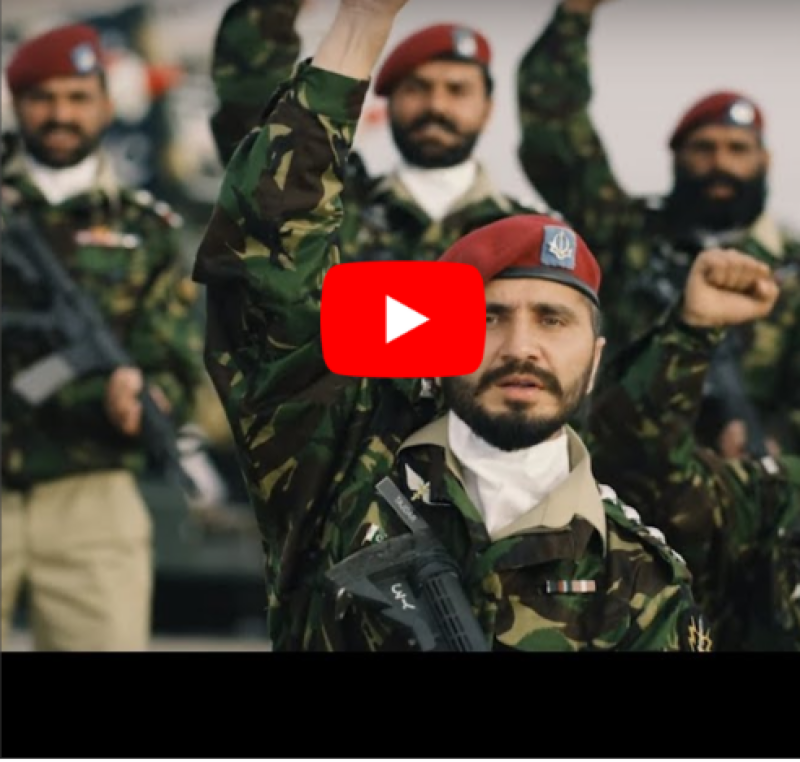 RAWALPINDI – As the nation prepares to mark Pakistan Day with national zeal and passion, Pakistan military’s media wing has released a new inspiring song to highlight the significance of the historic event.

The song is available in seven Pakistani languages including Punjabi, Sindhi, Pashto, Balochi, Balti and Kashmiri.

The day marks the adoption of historic Lahore Resolution this day in 1940 that provided a framework for the realisation of the goal of a separate homeland for Muslims of South Asia.

For the first time, a military contingent of the United Arab Emirates (UAE) will participate in the Pakistan Day parade to be held in Islamabad on Friday.

“This will be the first time that a contingent from the UAE military will parade along with Pakistan armed forces at the official ceremony in Islamabad to mark the 78th National Day of Pakistan,” Ambassador of Pakistan Moazzam Ahmed Khan told Gulf News on Monday. WATCH VIDEO: link