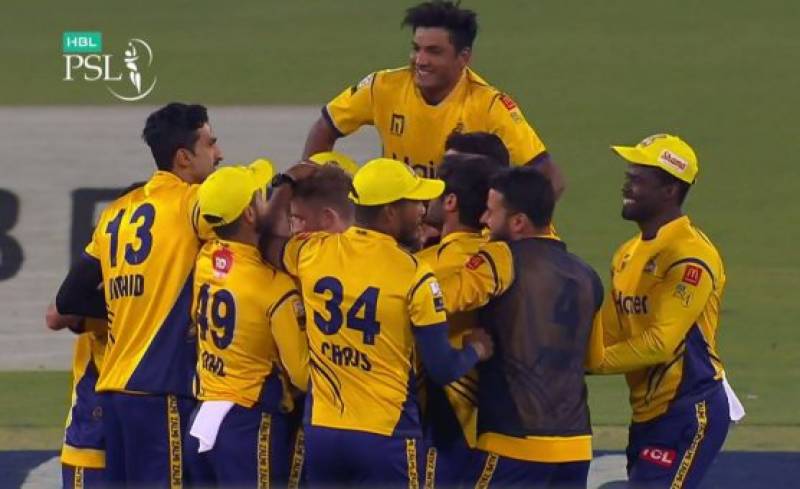 Zalmi beat Gladiators by a run in the first elimination match of the Pakistan Super League at Gaddafi Stadium on Tuesday.

Chasing the 158-run target, Quetta Gladiators could score 156 runs for the loss of nine wickets in the stipulated 20 overs. Mohammad Nawaz (35) and Sarfraz Ahmed (35) were the tops scorers.

Anwar Ali’s 28 runs off 14 balls laced with three sixes and one four raised the hopes of achieving the target.

Hassan Ali was declared Man of the Match.