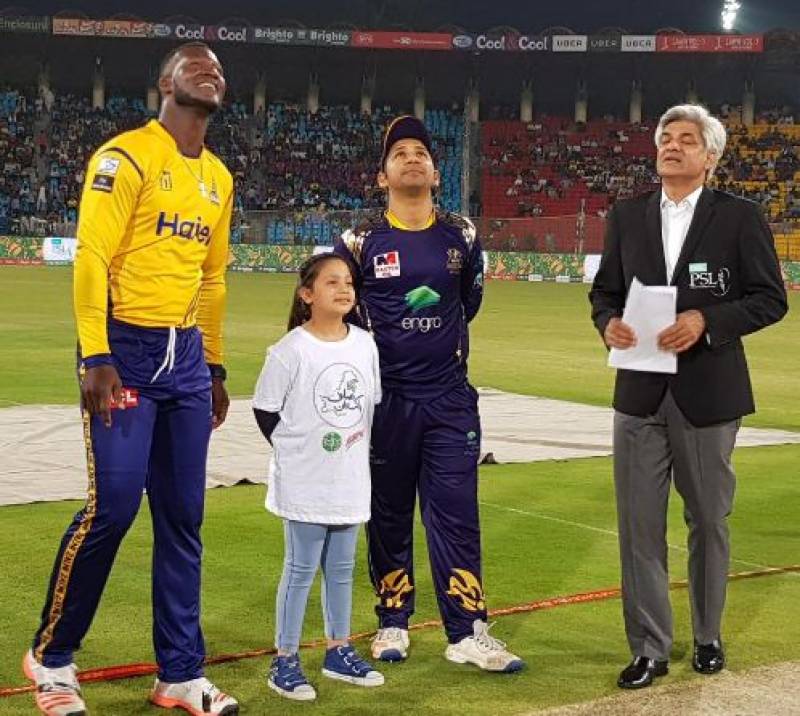 Radio Pakistan is broadcasting running commentary on the match from Gaddafi Stadium Lahore.

The second eliminator will be played between Karachi Kings and the winner of first eliminator game at the same venue tomorrow (Wednesday).

Islamabad United have already reached the final of the league, defeating Karachi Kings by eight wickets at Dubai.

Meanwhile, Punjab Chief Minister Muhammad Shahbaz Sharif has said that holding of the PSL matches in Pakistan will reflect soft image of Pakistan at the international level.

In a statement, he said the PSL-III matches are like a fresh breeze in the field of sports in the country.