Pakistan on the brink of winning war against Polio
20 Mar, 2018 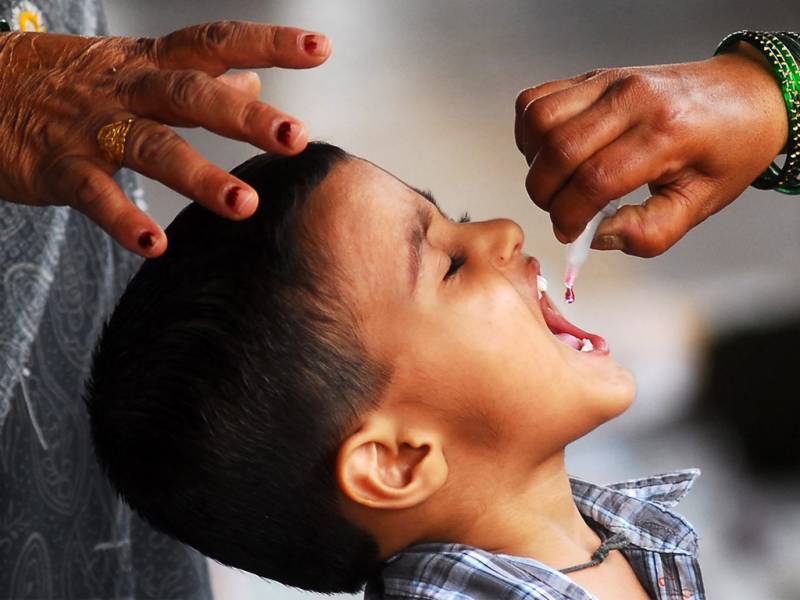 ISLAMABAD- Having achieved the lowest ever case count of eight in 2017, Pakistan is on right trajectory to finish the job in 2018 by maintaining intense pressure of the crippling polio virus.

This was concluded by the National Polio Management Team (NPMT) that met here on Tuesday to review the progress on National Emergency Action Plan (NEAP) and chalk out strategic direction for the low transmission season 2018-19. Besides Senator Ayesha Raza Farooq, Prime Minister’s Focal Person for Polio Eradication, the meeting was attended by the National Coordinator Dr Rana Muhammad Safdar, Provincial Coordinators along with respective leads of partner organization as well as the National and Provincial EPI Directors.

The Prime Minister’s Focal Person for Polio Eradication, Senator Ayesha Raza Farooq, thanked entire Polio Eradication team for the sustained hard work and commitment. “Your involvement with your teams has been critical in achieving our success, to date – your strong leadership and drive for results is clearly showing us how collective efforts do make a difference for all the children of Pakistan.”

While an overall 97% decline in number of cases from highs of 306 in 2014 to only eight in 2017 is encouraging, we are striving for a magical number Zero, stated Dr Rana Safdar, National Coordinator for Polio eradication.

“The immunity wall generated by the programme, is not letting the virus to paralyze our children as evident from the fact that no polio case has so far been reported in 2018. Nevertheless, despite decreased intensity of transmission, the virus is continues to be challenging by appearing in environmental samples from core reservoirs of Karachi, Quetta Block and Peshawar. Intense transmission across the shared corridors with Afghanistan further leaves no space for us to relax till the job is fully done”, Safdar stated.

The NPMT further had thorough deliberations on ways to mitigate the potential risks area by area. The team observed that with interruption is in sight, the programme needs support from all segments of the society to convey the right messages to communities that still fall prey to negative propaganda against vaccination – sadly five out of eight children paralyzed by poliovirus in 2017 came from families refusing vaccination due to misconceptions.

It was shared that polio vaccine remains the safest human vaccine available and over 10 billion doses administered across the globe have not resulted in even a single case of adverse reaction anywhere in the world.

Pakistan’s progress towards polio eradication is acknowledged by national and international bodies. The commitment of the federal and provincial governments has been the key towards polio turn around in the country.

One team approach under the network of dynamic Emergency Operations Centres (EOCs) established at national and provincial levels, data driven scientific management, and real-time risk assessment and response is taking the country closer to the finish line.

Senator Ayesha also appreciated the commitment of Pakistan’s parents and communities and urged them to ensure vaccination of all under five children every time it’s offered.

“There are no magic solutions to ending transmission of the poliovirus, just hard work to make sure we are helping parents protect their children from polio by focusing on the basics to ensure success by our front line workers on the doorstep and inside the homes of more than 38 million children, “Senator Farooq underlined. (APP)