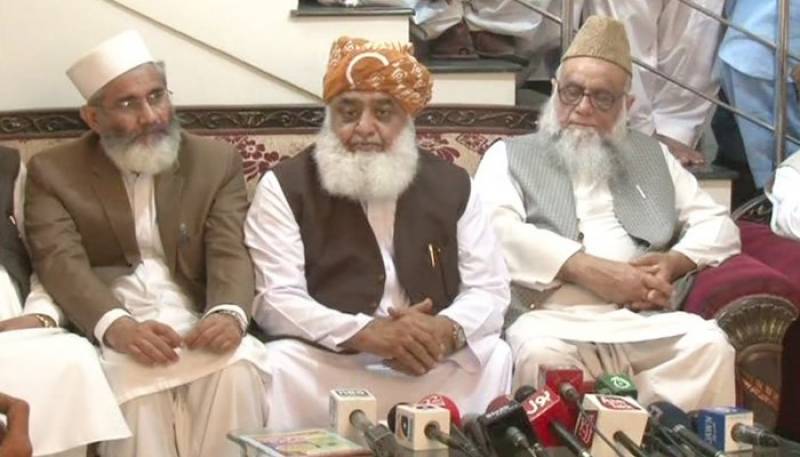 The principle decision to revive the MMA was taken last year.

The newly appointed president congratulated the entire nation on the revival of the party.

"We have made way to the beginning of a new era," Rehman told the journalists."We hope to match the expectations of the nation."

He further announced to contest the upcoming general elections under the joint platform, noting that the country needs peace and development.

Speaking on the occasion, JI Chief Siraj-ul-Haq said that the MMA had begun its journey with a new resolve and it will represent the citizens on all platforms.