Kashmiris left with no option except to fight for their motherland against Indian occupation
20 Mar, 2018 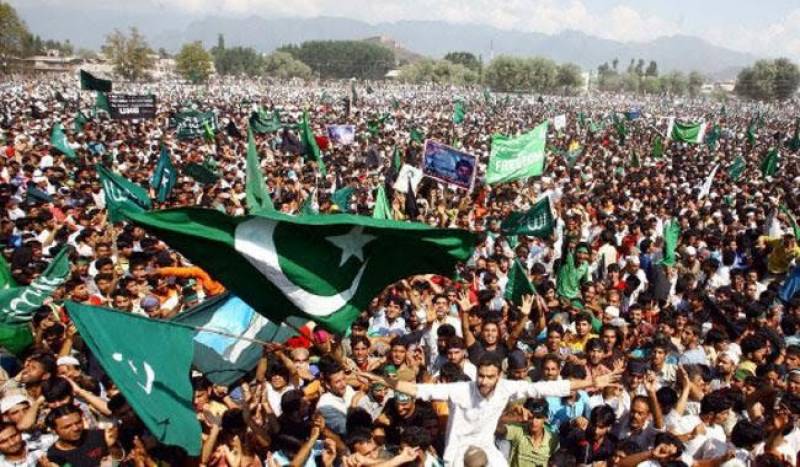 SRINAGAR - In occupied Kashmir, the Chairman of All Parties Hurriyat Conference, Syed Ali Gilani has said that India has left the people of Jammu and Kashmir with no option but to fight back with more will and vigor for liberation of their motherland from its illegal occupation.

According to Kashmir Media Service, Syed Ali Gilani while addressing the members of Majlis-e-Shoora of his party, Jammu and Kashmir Tehreek-e-Hurriyat, in Srinagar said that entire pro-freedom camp especially Tehreek-e-Hurriyat was facing hard times at the hands of Indian occupational forces.

“Gagging the political environment, jailing the entire man force of the organization and judicial onslaught against our workers has left us with no option but to fight back with more will and vigor,” he added.

The APHC Chairman said that by the grace of Allah Almighty he stood his stand despite testing times of jails, interrogations, domestic hardships, physical and psychological onslaught, but continued house arrest and restrictions on the interactions with his party colleagues for the past eight years had dented the function of the organization.

“So, I willfully step down from the chairmanship and advise the Shoora to arrange an alternative at the earliest.” He extended his fullest cooperation and sincere wishes to the would-be leadership of the organization.

Later, in a unanimous decision taken in the extraordinary meeting of TeH Majlis-e-Shoora, the highest decision making body, Muhammad Ashraf Sehrai was appointed as interim Chairman of the organization, said a TeH spokesman in a statement after the meeting.