Ishaq Dar gets yet another blow from Accountability Court
20 Mar, 2018 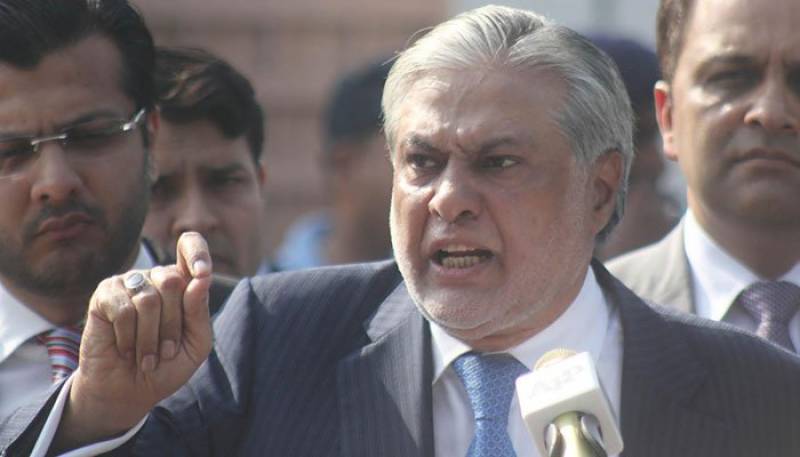 ISLAMABAD: The accountability court hearing the illegal assets accumulation case against Senator Ishaq Dar dismissed on Tuesday a plea of the co-accused to quash their impending indictment and ordered the framing of charges on March 27.

Judge Mohammad Bashir, who is presiding over the case, had on March 5 ordered to indict National Bank of Pakistan (NBP) President Saeed Ahmed, Naeem Mehmood and Mansoor Rizvi on March 12.

The three have been accused in the supplementary reference filed by the National Accountability Bureau (NAB) against the former finance minister, who has been absconding in the case since October last year.

Two of the three accused later petitioned the court against their planned indictment. Moreover, the NBP president also challenged his nomination as an accused and pleaded the court to dismiss it for lack of evidence.

Hearing the case today, the court dismissed the pleas of the co-accused and ruled that they be indicted on March 27.