Indian government has betrayed us, tells families of 39 dead Indians in Iraq
20 Mar, 2018 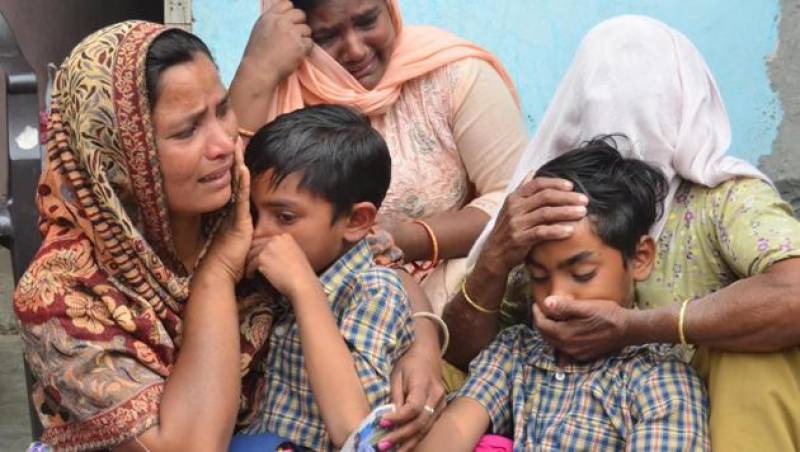 NEW DELHI - The grieving families of the 39 construction workers, whose bodies were found in Iraq after they were abducted by Islamic State terrorists in Iraq in 2014 have said that Indian government has betrayed us.

We were given false assurance for years by the Centre, which said that the men were alive.

Gurpinder Kaur, the sister of Punjab resident Manjinder Singh who was killed in Iraq, heard the news on television, and refused to believe that her brother was dead because she said external affairs minister Sushma Swaraj told her that her brother was alive, Hindustan Times has reported.

“Our fate is like that of the victims of 1984 anti-Sikh violence who are still being deprived of justice,” Gurpinder, who galvanised the families of the missing men in the region, said.

She said it was unfair that they learned about the news from television channels and not the Union government. “The families kept trying to call the office of Sushma Swaraj, but no one picked up the phone,” she alleged.

This proves that the government was not sincere about rescuing the missing men, she said.

“I heard this on television. Until the MEA (ministry of external affairs) does not contact me, I will not believe this,” Gurpinder said. “We should have been contacted as soon as they received the information. Had that been done it would not have been such a huge blow. We feel betrayed from all sides.”

Gurpinder said Swaraj “cared only about her reputation”.