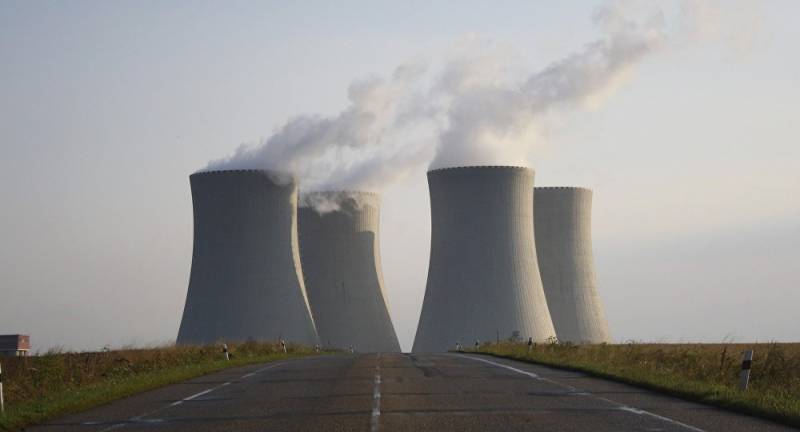 MOSCOW - <link> <link> India <link> 's critical nuclear projects have been left in the lurch due to a severe funding shortage. The dearth of funds with the nuclear power corporation has put it in an embarrassing situation, as it has not been able to repay loans availed from Russia for the ongoing nuclear power plant projects.

<link> <link> India <link> 's Department of Atomic Energy (DAE) is reportedly staring at a huge financial crisis that may force the organization to default the repayment of a loan availed from Russia for the second consecutive year. The DEA fears that non-availability of funds will also pull the brakes on the ongoing nuclear power projects. Furthermore, new projects that were to be started this year have been indefinitely put off, Sputnik has reported. -

The DAE had asked the finance ministry for $672 million (INR 4,305 crore) as budgetary support to the Nuclear Power Corporation of <link> <link> India <link> Ltd (NPCIL) in 2017-18 on account of a shortfall of earlier years in receipt of equity, as well as Russian credit of $610 million (INR 3903 crore).

But, according to the DAE, the finance ministry granted only $224 million for the year to NPCIL, which left the department with $117 million towards Russian loan after meeting other expenses. Out of this, only $31 million has been paid towards loan till December 2017.

'As against the demand of equity and loan of $610 million, only $224 million was given in Budget Expenditure 2018-19 against cumulative demand including previous years shortfall, totalling $672 million, out of which $224 million has been provided in Revised Expenditure 2017-18, leaving balance of $448 million in BE 2018-19,' the DAE explained before the parliamentary standing committee on atomic energy.

Despite a fund gap towards investment and a loan of $448 million from the previous year, the finance ministry has only given $260 million for 2018-19. This gap would once again leave the NPCIL in an embarrassing situation, as it will hardly able to repay the Russian loan for the second consecutive year.

'Important programs such as power generation of NPCIL are the backbone of nuclear power program of <link> <link> India <link> and hence, critical component such as provision towards repayment of Russian credit must not be made to suffer for want of funds,' the parliamentary panel said, asking the ministry of finance to make available the required funds to NPCIL and DAE.

Russia has been the major force behind the construction of nuclear power projects in Kudankulam, including providing three quarters of the funds for the cost of the first two projects at minuscule cost. Russia has also started delivery of equipment to the third and fourth nuclear units of Kudankulam earlier this month. The third and fourth units of the KKNPP project will cost approximately $6.1 billion.

The fifth and sixth units of KKNPP project cost approximately $7.7 billion; which will be commissioned by 2023. The joint project is funded in 70:30 debt-equity ratios. The Russian government is lending $4.2 billion to <link> <link> India <link> .

The massive shortage of funds has also impacted critical research and development in the atomic energy sector. The problem has also stalled the progress in setting up a critical cancer research hospital in the northern town of Varanasi — from which Prime Minister Narendra Modi was elected as a parliamentarian.

'Due to non-availability of funds, there is no scope to take up any new project in this year. Under aided institutions, ongoing projects of Tata Memorial Centre at Varanasi, Punjab, Andhra Pradesh and Guwahati could not be taken up as no additional funds were provided in revised estimate 2017-18.

However, no additional funds have been allocated under aided institutions in BE 2018-19. Under Establishment expenditure, no additionality has been provided to the department over and above the revised estimate 2017-18 allocation, which may adversely affect the production facilities and as well as R&D Units,' the DAE acknowledged before the parliamentary standing committee of atomic energy.