How top diplomatic shakeup in Washington would effect Pakistan
20 Mar, 2018 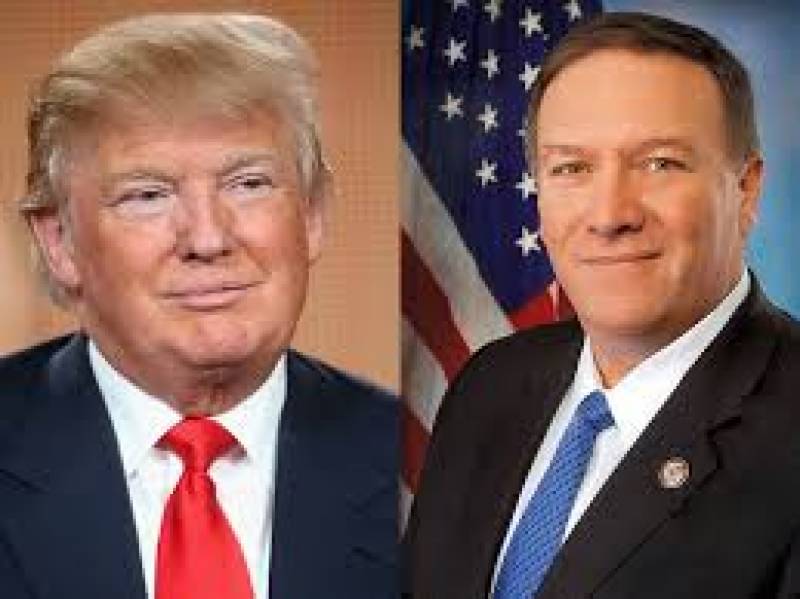 WASHINGTON- Tillerson’s likely replacement is Mike Pompeo, who had been CIA director. With a spymaster — particularly one who strongly believes in an assertive CIA — expected to become America’s top diplomat, the Trump administration has once again demonstrated its desire to securitize US foreign policy. Pompeo’s arrival at Foggy Bottom would have major implications for the world, and particularly in the Afghanistan-Pakistan region: One of the world’s most volatile areas, and home to a long and oft-forgotten American war.

Up to now, the Trump White House’s policies in Afghanistan and Pakistan have largely been security-focused. Its strategy in Pakistan revolves around compelling Islamabad to crack down on terrorists on its soil which threaten US troops in Afghanistan. While Washington continues to oversee a development assistance program in Pakistan, the administration has put most non-security initiatives on the backburner until it believes the terrorism problem has been properly addressed. Meanwhile, the administration’s Afghanistan strategy is essentially a military strategy. It calls for US troops, working closely with Afghan security forces, to intensify battlefield pressure on Taliban fighters until they agree to participate in peace talks to end the war. The White House has not announced any accompanying diplomatic strategy to help shore up a weak and divided Afghan government; or, for that matter, to help develop a broader plan for reconciliation with a Taliban insurgency that the administration, including most recently Defense Secretary James Mattis, admits cannot be defeated militarily. Since Pompeo enjoys a much better relationship with President Donald Trump than Tillerson did, there’s good reason to believe the new secretary of state will have as much influence on policy at state as he did at Langley. Pompeo’s recent track record suggests he will not only wholeheartedly support a security-focused approach to Afghanistan and Pakistan, but will also call for this approach to be scaled up.

Nominee for secretary of state’s recent track record suggests he will not only wholeheartedly support a security-focused approach to Afghanistan and Pakistan, but will also call for this approach to be scaled up.

While at the CIA, Pompeo oversaw a shift in policy that entailed the CIA taking a more active role in tracking down the Taliban. He is also a staunch supporter of drone strikes — long a US covert tactic of choice in Pakistan — and has asked for more authorization to use them. There’s little reason to believe he would oppose their expanded use in Pakistan — a measure the administration has already considered adapting — to target senior Afghanistan-focused militants that Islamabad doesn’t take out itself. There are several implications from all this. First, with America’s top diplomat endorsing highly undiplomatic measures in Pakistan — mainly expanded drone strikes but also, perhaps, the use of unilateral raids — the tense US-Pakistan relationship could face new tests. For now, Washington appears to be holding off on taking coercive steps against Pakistan: A policy of caution rooted in the fear that harsh measures could provoke Islamabad to shut down military supply routes on its soil, which would be a big blow to US war efforts in Afghanistan. However, if Pompeo continues to have Trump’s ear, and if — as rumored — more moderating administration voices on South Asia policy, such as National Security Adviser H.R. McMaster, are replaced with hardliners, the calculus could change. Second, prospects for Taliban reconciliation in Afghanistan could grow ever more remote. While Pompeo supports reconciliation, his preference, much like the administration’s on the whole, is to fight now and talk later. The idea of Pompeo authorizing the State Department to craft a comprehensive plan to help Kabul launch a reconciliation process sounds rather far-fetched, even though, with Afghan President Ashraf Ghani having recently made a highly generous peace overture to the Taliban, there’s never been a better time for US diplomats to be fashioning such a plan. Instead, Pompeo will likely hope that a punishing military campaign — supported by robust CIA efforts — will compel the Taliban to give up a fight that up to now it has remained steadfastly committed to waging. One might contend that, if the White House enjoys an inter-agency consensus on Afghanistan policy, with state, the Pentagon and the CIA all fully on board with intensifying the battlefield fight, then strong will and capacity can lead to success. The problem, of course, is that the same consensus was present during the height of the troop surge, when more than 100,000 American soldiers were deployed to put the Taliban on the defensive — and failed. With fewer than 15,000 troops on the ground today, the mission will be even more difficult. In effect, Pompeo’s arrival at the state department could exacerbate two of Washington’s biggest challenges in South Asia: Improving its relationship with Pakistan, and finding ways to bring a never-ending war in Afghanistan to a desperately needed close. - Arab News