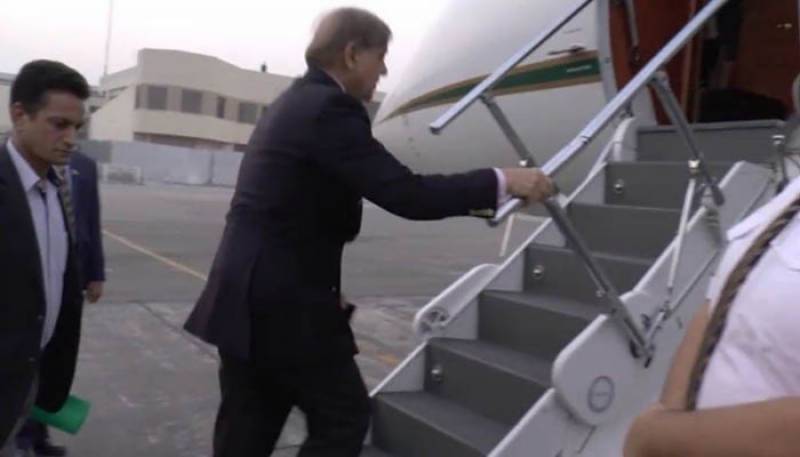 According to the statement by Government of Punjab, the newly elected Pakistan Muslim League-Nawaz (PML-N) president will also hold video-linked meetings during the stay.

The Punjab CM departed for London from Allama Iqbal International Airport at 1:30pm. He is expected to return on April 1.

According to reports, Shehbaz Sharif will also inquire after the health of former prime minister Nawaz Sharif’s wife, and his sister-in-law, Begum Kulsoom Nawaz.

Kulsoom Nawaz had gone to London in summer of 2017 for medical check-up, after which doctors diagnosed her with lymphoma.