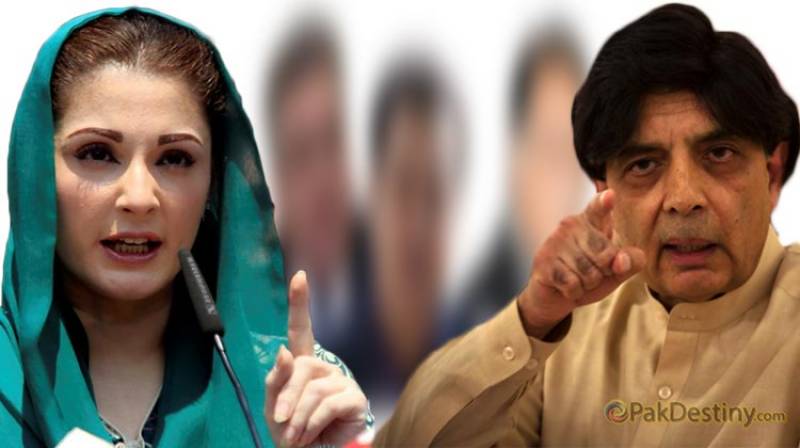 He further said that if she is given the party leadership then I will quit.

While referring to certain quarters in the PML-N who denounced him for opposing ousted prime minister Nawaz Sharif’s challenging the Supreme Court’s verdict in the Panama Papers case, Nisar said: “When nothing could be found against me they began to question my friendship with Imran Khan,” he said.

He also said, “My relationship with Imran goes all the way back to school.”

The former interior minister went on to say that he told Sharif that he could engage in personal attacks on Imran.

He, however, said that he would always criticise the PTI when it comes to politics.