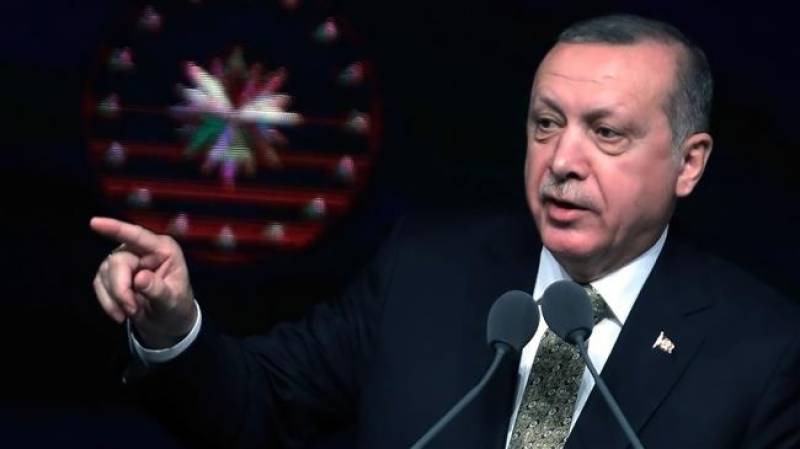 ANAKARA - *Turkish President Recep Tayyip Erdogan has vowed to further expand military operations against Kurdish militants in Syria to the eastern parts of the Arab country, even threatening to send troops to northern Iraq if Baghdad could not clear the region of the militants.*

Speaking in Ankara a day after Turkish forces and their allies stormed and captured the northwestern Syrian city of Afrin, Erdogan said on Monday that his country’s military would target the Syrian city of Manbij, as well as Ayn al-Arab or Kobani, and towns along the border to the east of the Euphrates River.

"Now we will continue this process until we entirely eliminate this corridor, including in Manbij, Ayn al-Arab, Tal Abyad, Ra's al-Ayn and Qamishli," Erdogan said in his speech.

Indicating that there was no plan for the Turkish army to call off the cross-border “Operation Olive Branch” against members of the US-backed People's Protection Units (YPG) in Syria, Erdogan described the taking of Afrin as merely a "comma" and warned of a surprise attack on Kurdish militant-held areas in northern Iraq.

Ankara views the YPG as the Syrian branch of the Kurdistan Workers' Party (PKK) militant group that has been fighting for an autonomous region inside Turkey since 1984.

During the speech on Monday, the Turkish president said his troops could cross into Iraq to drive out the PKK from the region of Sinjar in the country’s north if Baghdad government was reluctant to oust the Kurdish militants from the area.

"If (Baghdad) cannot, we may turn up in Sinjar suddenly one night and clean up the PKK there," Erdogan said.

Ankara launched the Afrin offensive on January 20 after the United States said it sought to create a 30,000-strong force near the Turkish border in Syria with the help of the so-called Syrian Democratic Forces (SDF) militant group, which is mainly comprised of YPG forces.