100 Richest Pakistani may be called in SC and explain foreign accounts and assets
20 Mar, 2018 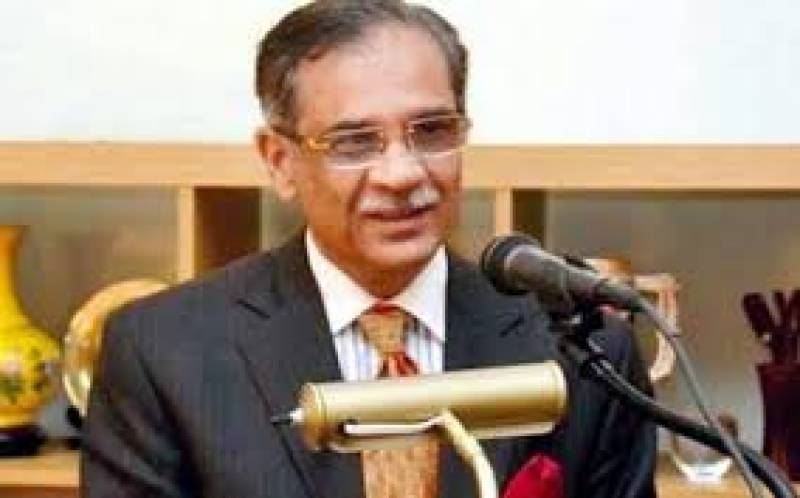 ISLAMABAD: Chief Justice of Pakistan Justice Saqib Nisar remarked on Tuesday that the apex court wants to assist the government in bringing back funds taken out of the country and parked in foreign bank accounts.

The chief justice made the remarks while heading a three-member bench hearing a suo motu case of foreign bank accounts held by Pakistanis. During the hearing, the chief justice observed that the court will not rush the case, as it seeks to see how the capital taken abroad can be brought back to the country.

Justice Umar Ata Bandiyal remarked that money is taken out from illegal channels and brought back legally, adding that dollars are bought in the open market and everything is ‘pured’.

Justice Ijazul Ahsan observed that if money changers are given a decent percentage, they can arrange the foreign exchange.

State Bank of Pakistan Governor Tariq Bajwa informed the court that the National Accountability Bureau has requested countries for assistance. He added that it will take time to verify foreign assets of Pakistanis.

Bajwa further said that a law is needed to control strictly the operations of foreign currency exchange companies.

The chief justice remarked that chartered accountants will not aid the court in getting back the money. “We will not run away from Pakistan. We intend to leave a country for our children where they can be happy and satisfied,” Chief Justice Nisar observed.

During the hearing, the chief justice observed that it can call the richest 100 Pakistanis in court and ask them to provide details of their assets.