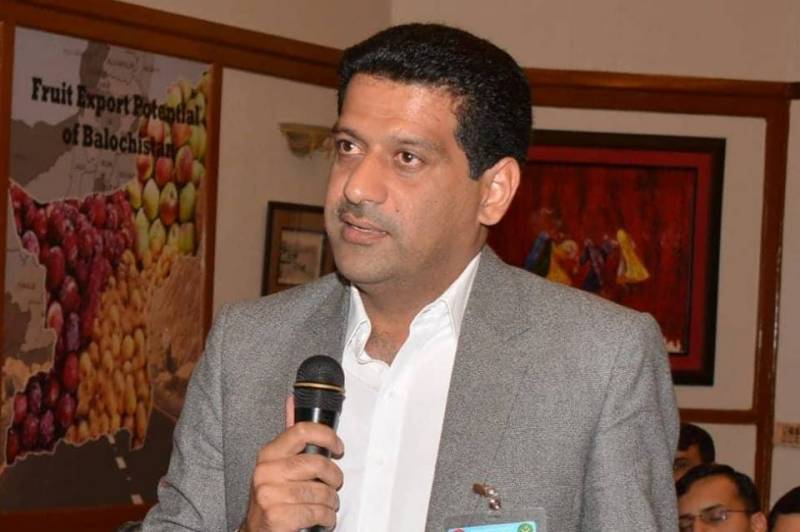 ISLAMABAD-Provincial Finance Minister Mir Zahoor Buledi said Rs 525 million has been allocated for the faculty posts in the Health sector in the budget of financial year-2020-20 which was increased from 423 million and Rs 35 million were fixed for free vaccination under Expanded Program on Immunization (EPI).

He said the medical workforces including doctors, paramedical staff, and nurses are playing a leading role in combating the coronavirus pandemic.

Health Professional Allowance has been ensured for the establishment of Thalassemia Centers in District Headquarters Hospitals while work on new building of Civil Hospital in Gwadar has been started, construction works on new block for treatment of contagious cancer in Sheikh Zayed Hospital Quetta has been initiated.

An ICU Center for Cardiology is also being set up at Bolan Medical Complex Hospital, steps have been taken to set up Bachelors Hostels in District Hospitals in 8 districts of the province, a new 30-bed hospital has been established in Nawan Killi area of Quetta. Establishment, completion of work of new district hospital in Chaman area of Qila Abdullah district, expansion of construction work in new medical colleges established in the province in Jhalawan, Makran and Loralai and increased the salaries as per the market of deployed faculty members. An establishment of 18 new kidney dialysis centers in 18 districts, the most important step of our government is the formation of 8 medical emergency response centers on the first phase of PPHI Balochistan Medical Emergency Response Center on Quetta- Karachi Highway and Chaman- Highway, he said.

The Finance Minister said in the first phase of telemedicine, the government of Balochistan has ensured the provision of internet to remote areas through satellite. In the new financial year 2020-2021, for the first time, the government of Balochistan has launched the Expanded Immunization on Program (EPI). The administrative structure of the program is being developed for which separate funds and DDO code have been issued. In the financial year 2019-20, Fatima Jinnah General and Chest Hospital Quetta has been upgraded to the level of the Institute of Chest Diseases and for its establishment.

The current budget of the faculty posts and the institute is being increased from Rs. 423 million to Rs. 525 million. Rs, 35 corers were allocated for free vaccination under the EPI, the Graduate Medical Institute Balochistan (PGMI) will be made functional and in this regard 167 faculty posts are being set up. With this initiative, Sheikh Zayed Hospital will also be fully operational, which will make another Tertiary Care Hospital in Quetta and Balochistan fully operational, including district hospitals. Districts including Turbat, Chaman, Khuzdar, Loralai, Mastung, Naseerabad, Pishin, and Zhob new ICUs will be set up for 20-bed intensive care units.

But now in Balochistan, BMC is working as a dental department, the Financial Minister mentioned.

He said now our government has decided to create a regular dental college in Quetta and for this 79 faculty posts are being formed in the next financial year. District Headquarters Hospitals play a key role in providing quality healthcare facilities in remote areas of the province, which will be a historic process. Many district hospitals in other provinces of the country have been given teaching status but so far in Balochistan, no progress make in this regard. Our government has decided to give teaching status to the hospitals. In this context, medical teaching posts and a huge amount of money is being allocated for these hospitals, he said.

He said for the first time in the history of the province, Rs 2.5 billion has been allocated in financial year budget 2020-21 for purchasing of an air ambulance to starting services of the air ambulance and new posts have been created for the health department besides 468 new posts have been generated separately for medical education, further improving the health sector in the financial year 2020-2021.

The government has increased the non-development funds from the current Rs 23.981 billion to Rs 31.405 billion, which is 32% more than the previous financial year, while Rs 7.050 billion has been allocated for development.