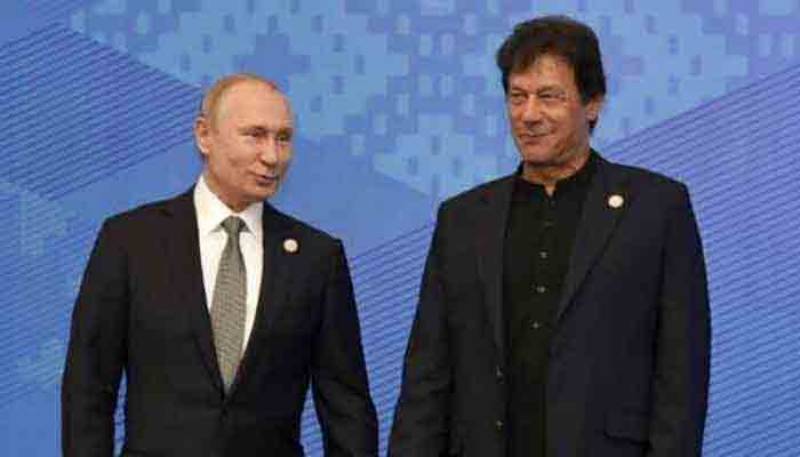 ISLAMABAD: Russian President Vladimir Putin expressed his desire to have good relations with Pakistan during a meeting with Prime Minister Imran Khan on the sidelines of the recent SCO summit in Bishkek, Kyrgyzstan.

President Vladimir Putin and PM Imran Khan were also seen seated close to each other during the summit.

The Russian president told Imran Khan that successive Pakistani governments in the past led by different parties did nothing to improve ties with Russia to the required level.

President Putin told PM Khan that his last interaction was with the-then Pakistani President General (retd) Pervez Musharraf and now with him after a long time. The president was happy about his meeting with PM Khan and expressed his desire to have good ties with Pakistan.

Prime Minister Imran Khan told President Putin that his country too wanted to promote and expand ties with Russia.

The two leaders also discussed the regional and international situation over the dinner table. It was also decided to promote bilateral relations at the highest level.