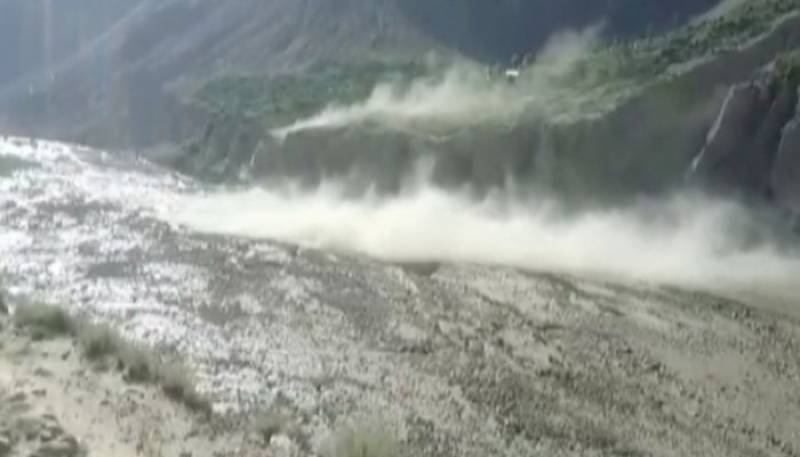 GHIZER: An artificial lake was created in the Ishkoman valley of Ghizer district of Gilgit-Baltistan after a small glacier melted into Barsuwat Nullah, it emerged on Thursday.

The Barsuwat area lies at a distance of 60km from Gahkuch, the district headquarters of Ghizer district. The Ishkoman valley is situated near the Pakistan-Afghanistan border area.

A village in the area was turned into a lake after the flow of the Immit River was blocked due to the melted glacier.

Dozens of houses and families were affected. Hundreds of kanals of cultivated land were submerged and crops damaged.

Reports of locals trapped in different areas were also received.

As landslides in the area continue, the land routes connecting to upper parts of Immit have been blocked.

Residents of the area have complained that authorities have not extended any support.

This year the current heatwave has also contributed to the melting of the glacier. The snow falling in February to March cannot convert into glaciers and when heat rises in summer, the snow starts melting, resulting in floods and avalanches.