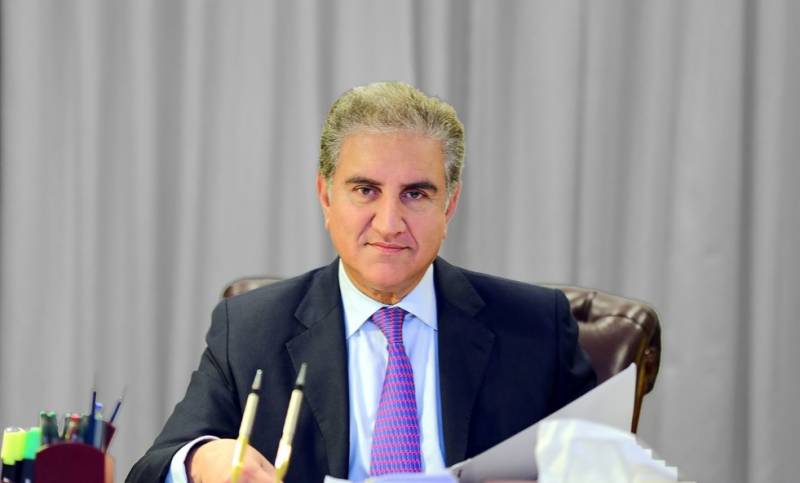 Foreign Minister Shah Mehmood Qureshi has written a letter to the UN Secretary General Antonio Guterres drawing his attention to the deteriorating security situation in the region resulting from threat of use of force against Pakistan by India.

The foreign minister said it is imperative to take steps for de-escalation. He urged the UN to step-in to defuse the tension.

Shah Mehmood Qureshi said the Pulwama attack on Indian Central Reserve Police Force was ostensibly and even by Indian accounts carried out by a Kashmiri resident of Indian Occupied Kashmir. He said attributing it to Pakistan even before investigations is absurd.

The foreign Minister pointed out that India for domestic political reasons has deliberately ratcheted up its hostile rhetoric against Pakistan and created a tense environment. He said India has also hinted that it may abandon the Indus Waters Treaty which he said would be a grievous error.

Shah Mehmood Qureshi said India must be asked to conduct an open and credible investigation on Pulwama incident. He said the UN Secretary General should ask India to refrain from further escalating the situation and enter into dialogue with Pakistan and the Kashmiris to calm the situation down.

The foreign minister also requested that his letter may be circulated to members of the Security Council and General Assembly.