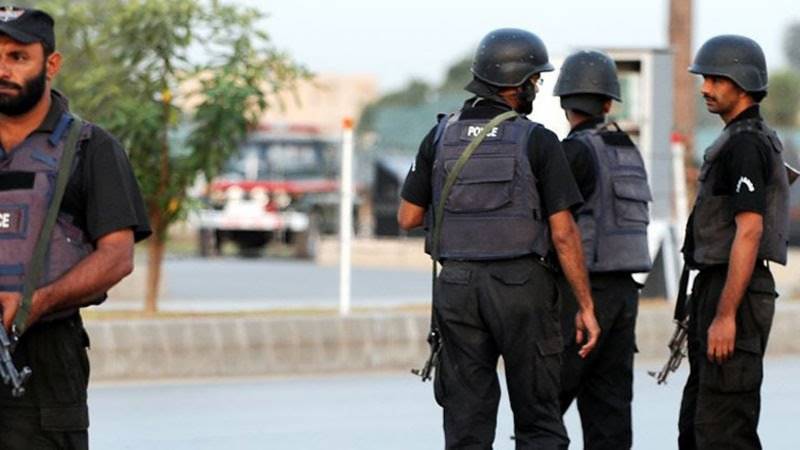 KARACHI - Deputy Inspector General of Police (DIGP) East, Aamir Farooqi on Wednesday claimed that Malir police had arrested two alleged terrorists belonging to Daesh. In a press briefing at his office, he said that District Malir Police in a joint operation with an intelligence agency arrested two hardened terrorists Furqan Bangalzai and Ali Akbar alias Haji. Arrested suspect Furqan was involved in suicide bomb blast on Sehwan shrine, the police official claimed. The DIGP said that both the accused were also involved in various attacks on security forces in Balochistan and incidents of targeted killings. Accused Ali Akbar alias Haji was also involved in kidnappings for ransom. He had kidnapped a citizen from Tipu Sultan Road of the city and later killed him as his family could not pay demanded ransom of Rs.350 million. He kidnapped another citizen from Gulistan-e-Jauhar and released him after getting 10 million rupees as ransom, he said. DIGP Amir Farooqi concluded saying that further investigations were underway. Senior Superintendent of Police (SSP) Malir Irfan Bahadur was alsopresent on the occasion.