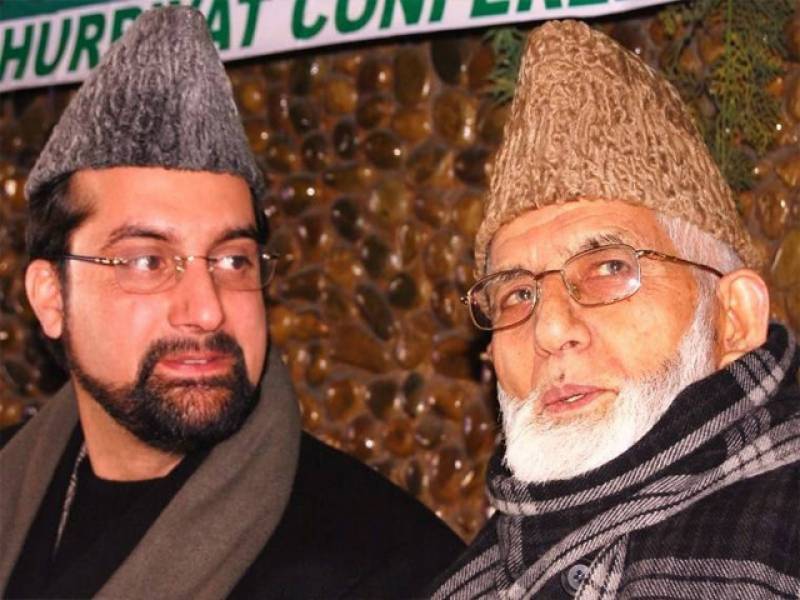 In occupied Kashmir, the Chairman of All Parties Hurriyat Conference, Syed Ali Gilani and senior Hurriyat leader, Mirwaiz Umar Farooq have said that India is trampling over established democratic and moral values by keeping resistance leaders behind the bars after implicating them in fake cases.

Tehreek-e-Hurriyat Jammu and Kashmir Chairman, Muhammad Ashraf Sehrai, in a statement in Srinagar urged the global trade organisations to link their investment and businesses in India to peaceful resolution of the Kashmir dispute.

Complete shutdown was observed in south Kashmir’s Pulwama district for the fifth consecutive day, today, against the civilian killings by Indian troops.

Former judge of Indian Supreme Court, Justice (retd) Markanday Katju in a recently published article on the situation of occupied Kashmir said, Indian army is engaged in an invincible war.

He said an army can fight another army, but it cannot fight the masses. Justice Katju advised the Indian soldiers not to behave like Field Marshal Keitel and General Jodl, or Generals Tojo and Yamashita, who were found guilty of atrocities and ordered to be hanged by the Nuremberg and Tokyo Tribunals.

The Malaysian Consultation Council of Islamic Organization,  in a statement in Kuala Lumpur regretted the silence of the world community over the atrocities of Indian forces in occupied Kashmir.