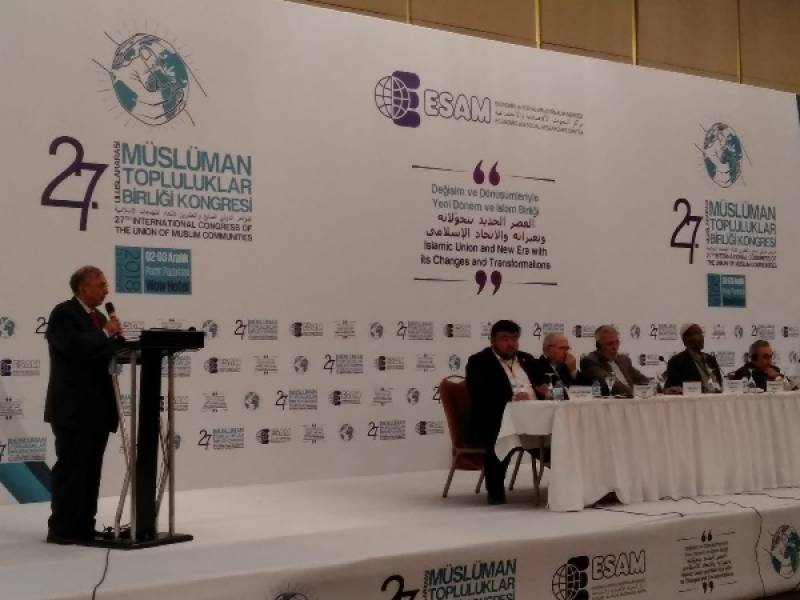 Secretary General, World Kashmir Awareness Forum Dr. Ghulam Nabi Fai says Kashmir is internationally recognized as a disputed territory whose final status is yet to be determined by the people.

Addressing a conference in Istanbul, Turkey, he said this is a matter that urgently needs to be put on a road to find a just and viable solution.

Fai warned that nothing better could be said about human rights in Kashmir.

Every human rights group, including the report issued by the United Nations High Commissioner on Human Rights that has examined the convulsed scene in Kashmir has reported harrowing human rights violations, including tens of thousands of extrajudicial killings, rape, torture, plunder, arbitrary arrests, and ruthless suppression of free speech and press.

He said the people suffer a brutal campaign of suppression by the Indian army, which wants to crush their hopes for self-determination through terror and military forces.

It is documented that the crimes that are being perpetrated against the people of Kashmir are systematic, deliberate and officially sanctioned.

The world powers must endorse the recommendation of the United Nations High Commissioner that an impartial investigation needs to be made about the latest situation in Occupied Kashmir. The United Nations must send a fact-finding mission to assess the situation there.